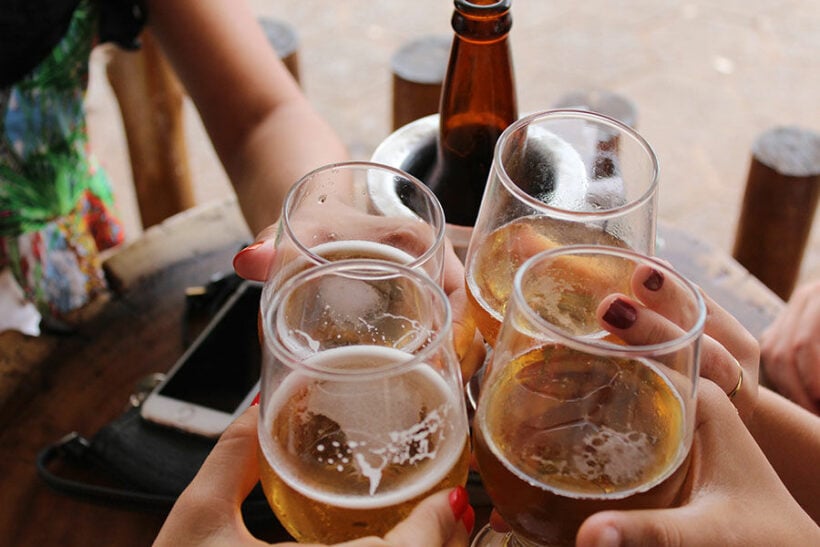 Alcohol opposition groups have rushed to deny a rumour circulating online that merely posting a photo of beer or using the word “beer” online could result in a 50,000 baht fine. The “fake news” started doing the rounds after a beer delivery company announced it had been fined for violating Thailand’s Alcohol Control Act.

Chuwit Jantharot from The Prevention Network against Alcohol says the rumour is causing unnecessary alarm and detracting from the true intention of the Alcohol Control Act, which is to safeguard public health.

“The rumour clearly intends to cause public panic and undermine the work of the Office of the Alcohol Control Committee, the Department of Disease Control and the Public Health Ministry. The rumour also distorts the intention of the Alcohol Control Act BE 2551, which aims to protect people’s health and reduce new drinkers. It has sparked misunderstanding and hatred among people towards the law.”

In a report in Nation Thailand, Chuwit claims the problems arose when alcohol suppliers affected by the current Covid-19 restrictions resorted to online promotion and advertising to sell their products, which goes against the act. He adds that the control of alcohol is even more important during the Covid-19 situation, where public gathering must be avoided and measures taken to mitigate health risks.

“Alcoholic beverages are a factor that worsens the Covid-19 situation. Drinkers will have lowered immunity against the virus while drinking itself promotes public gathering, which increases the risk of the virus spreading, as we can see from a cluster of cases generated from bars and pubs in Bangkok.”

Kamron Chudecha from the Alcohol Watch Network has also weighed in on the matter, confirming that simply using the word “beer” or posting photos of bottles or glasses where the brand is not displayed, does not break the law.

“The law only aims to prevent the advertising of alcoholic beverages on media platforms. If the poster has no commercial intention, he/she cannot be fined.”