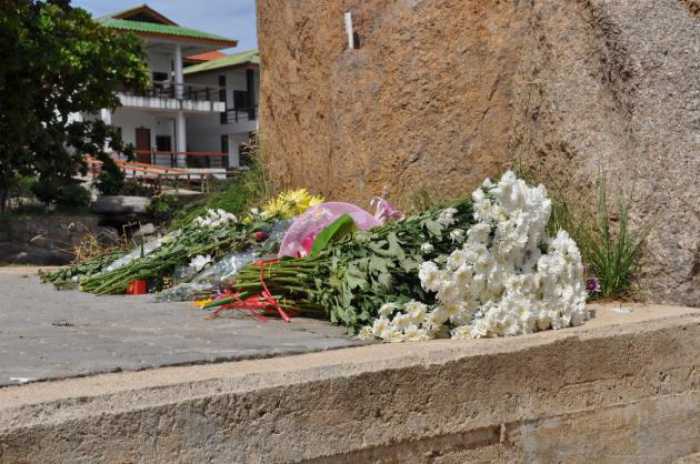 PHUKET: Police are confident that their investigation and the evidence obtained will help them catch the killers of the two British backpackers who were bludgeoned to death on Monday on the resort island of Koh Tao, the police general supervising the probe said yesterday.

However, Lt Gen Panya Mamen, commander of Police Region 8, did admit that the investigation into the gruesome killings of David Miller, 24, and Hannah Witheridge, 23, had to start over as DNA samples collected from the victims and the scene do not match any of the 12 suspects.

“We still believe we will bring the attackers to justice. Police have collected a lot of evidence and interviewed many people, and this should help us find the culprits. There is a lot of evidential information that we cannot reveal to the media right now,” he said, adding the investigation would expand to nearby islands.

Sadly, the clues revealed by Panya so far have proved to be blank and the suspects have been released.

Preliminary forensic evidence revealed that the semen in Witheridge’s body did not match the DNA collected from the 12 suspects. Accordingly, all suspects, including the migrant workers, have been released.

Panya said Christopher Ware, a male travelling companion of Miller, was now a free man and could leave Thailand if he wished. He had initially been stopped from boarding a plane back to England and was asked to remain in Thailand pending DNA results.

He was initially suspected of having a hand in the murders as he had scratches all over his body and a serious wound on his hand. However, closer inspection proved these wounds were old.

Panya also said that Ware had been very cooperative with the police and would be considered a witness.

Tourist Police chief Maj Gen Apichai Ti-amataya, meanwhile, said the British Embassy had taken Ware and his brother James under its wing yesterday and it is likely that the brothers have already boarded a flight back home. If further evidence proves that Ware was involved in the killings, then police will ask the British Embassy to help have him extradited, he said.

As for the pair of stained pants found in Miller’s luggage, the general admitted that the substance found on the clothing was not blood and that they belonged to Miller and the pair had been put in the victim’s luggage by the first group of police officers.

When asked about the possible motive behind the murders, Panya said police had not ruled out any possibilities – ranging from robbery and rape to personal anguish.

“From the available evidence, we believe that there were more than two attackers. I am well aware that the murders have affected Thailand’s reputation and travellers’ confidence. I’m asking for more time as I want to work on a step-by-step basis,” he said.

Meanwhile, Witheridge’s three female friends have already returned home, but have promised to return to Thailand if needed.

Separately, unconfirmed reports say that police have found a man who matches the man captured in the security cameras.

Apichai told reporters that investigators would also try to find out who the victims had been in contact with on the fateful night, adding that they would certainly have a clearer picture of what really happened if they could locate the Asian man seen in the CCTV.

Pol General Jarumporn Suramanee, adviser to the Royal Thai Police, said British consul Michael Hancock had accompanied the Witheridge family to meet him yesterday and to ask about the latest developments. The relatives, who are in Bangkok to reclaim Witheridge’s body, were seen crying and hugging each other ahead of the police briefing.

Jarumporn said police have asked the Foreign Ministry to facilitate the transport of Witheridge’s body to England, adding that Hancock would be keeping the families up-to-date about the developments.

“Her family have asked the media to be aware of their feelings when reporting the case, which has been a great loss and brought them great sorrow,” the police officer said.

He also declined to reveal results of the autopsy or forensic evidence, saying it would affect the rights of the victims.

Hancock also said he could not comment on the case as he was merely a coordinator, though the Witheridge family had no questions over the autopsy results. He also called on the media to only report useful information as the family was in deep grief.

Meanwhile, Surat Thani Governor Chatpong Chatraphuti said Koh Tao would no longer be allowed to host spin-offs of the full-moon party that has been drawing hordes of backpackers to the neighbouring Koh Pha-ngan. “We don’t want any more crimes,” he said.