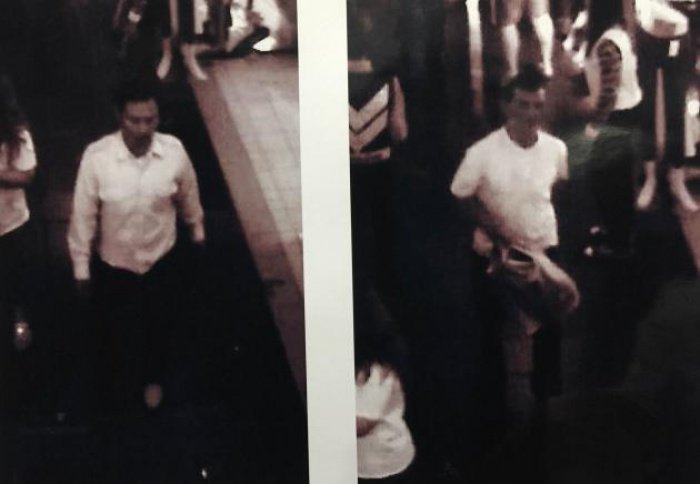 Hunt on for Bangkok bomber ‘Dragon’
The Nation / Phuket Gazette

PHUKET: One of the two men suspected of planting and detonating two pipe bombs near Siam Paragon shopping mall in Bangkok last Sunday has been identified by his alias “Dragon” and he is reportedly based in Samut Prakan, where he is known for his connection to a former politician, a security source said yesterday.

Dragon, described earlier as the good-looking man of the two suspects, is known to be prone to violence and is capable of making bombs. He is known also for his connection to a Lop Buri-based network to which a former Army paramilitary ranger belongs, said the source, citing intelligence reports compiled by security officials.

Citing interviews with the taxi driver who drove the two men, the source said Dragon sat on the rear seat while the other man took the front seat. The driver said Dragon looked to be in his 30s, was good-looking, about 170cm tall, had a round face and elongated chin, while the other man was also in his 30s, had dark skin and a square face. The second man was described as thin, around 160cm tall, and looked like he had been travelling a long distance.

The men hailed the taxi near Century shopping mall on Phya Thai Road and got off when it entered Siam Square, paying Bt70 as taxi fare. The source said the driver was confident he would be able to recognise Dragon if he saw him again.

A police source said footage from surveillance cameras installed around Victory Monument were being examined to determine whether the two men had arrived in Bangkok in a van and got off there.

The two men are seen in the footage in new clothes. They seem to have changed their clothes after planting and detonating the twin pipe bombs, said another police source, basing observations on footage from surveillance cameras.

They later tried to get away on a tuk-tuk, but were turned down by the driver. They hailed this tuk-tuk while heading westward on foot to Phya Thai Road. They are later seen walking towards Chulalongkorn University or the Samyan area along the road, and later disappeared from the camera views, the source added.

The source said the men could have changed their clothes in restrooms at Digital Gateway in Siam Square, and crossed Rama I Road using the BTS Siam Station overbridge after planting the bombs near Siam Paragon.

Another source said that the twin pipe bombs could have been planned by core leaders of a political group that had lost its political benefits, by hiring men in uniform.

Justice Minister General Paiboon Koomchaya yesterday repeated a denial by Prime Minister Prayut Chan-o-cha that the military government was behind the bomb attacks last Sunday, saying the government did not need to justify the imposition of martial law. Masterminding the bomb attacks would only backfire against the government, as the situation would certainly affect tourism and businesses, he said.

Bangkok Governor Sukhumbhand Paribatra said he had instructed district offices in the capital to help monitor the situation and stay vigilant to support the police or the military. He called on the city’s street sweepers to avoiding inspecting suspicious items, and instead report it to their superiors.