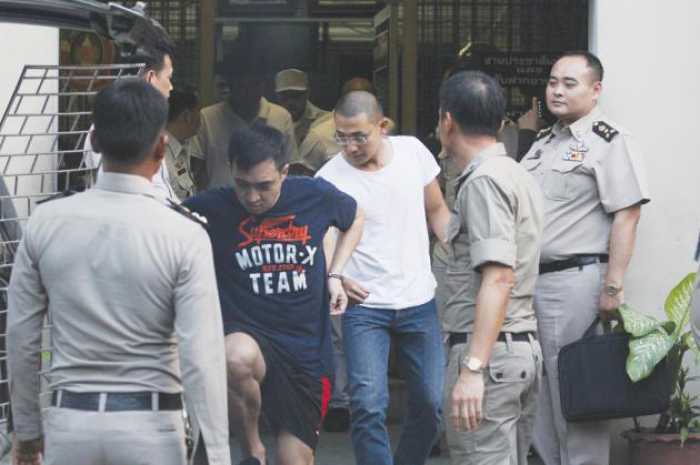 PHUKET: Police are tracing more corrupt officials after probing lists of bribe-takers seized from a fugitive, Pattani-based businessman who ran an illegal band petrol trade in the far South.

Initial findings showed some 12 million baht in monthly payments to a number of Marine Police officers, who have already been exposed.

Gen Somyot said “almost all government units handling security measures in the South had received bribes”, including the Marine Police which had received the largest amount of 12mn baht from Sahachai, who is better known by his nickname “Sia Jo”.

Justice Minister Gen Paiboon Koomchaya said the Department of Special Investigation (DSI) had also been tracing names on the lists. He said there were probably more DSI agents, apart from the three already exposed. Many names have also been found in the logs of Sahachai’s mobile phones obtained by authorities.

“The names are compiled in several pieces of paper,” he said, adding the DSI would soon work with the police on the bribe recipients and would seek to find out who these officials were, or from which agencies.

The transfers were ordered to facilitate the ongoing investigation into the illicit petrol trade, he added.

Gen Prawut said the RTP was considering whether to strip the ranks of all police found involved in the massive corruption scheme engulfing former CIB commissioner Lt Gen Pongpat Chayaphan.

“This issue is being considered,” he said, without elaborating.

The three men, out of a total five wanted for their alleged association with Gen Pongpat, last night surrendered to police. Wat Phraya Krai police later sought court approval for the arrest of five other men yesterday evening, making a total of 10 men wanted in the latest crackdown.

All the 10 men also have lese majeste and assault charges filed against them in the latest arraignment filed by Wat Phraya Krai police, apart from charges of armed intimidation, criminal conspiracy involving more than five offenders, restraining one’s freedom, and joint theft.

Gen Prawut gave more details about the Akharapong-preecha men – former Army major Nuttapon, former Army sergeant Sitthisak, and former Bureau of Royal Household official Narong. All three had their ranks and positions stripped, while Sutthisak Sutthijit and Chakarn Phakphoom have been in military custody since Tuesday, he said.

The first five suspects have been charged with kidnapping a woman and intimidating her into reducing a total of 100mn baht owed to her by unspecified individuals to 20mn baht.