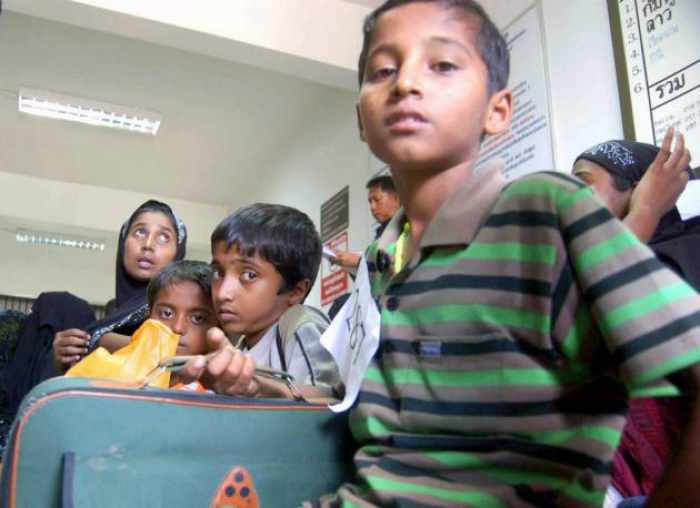 “People don’t even have enough space to lie down and sleep,” HRW researcher Alice Farmer said as she presented the findings at the Foreign Correspondents’ Club of Thailand yesterday.

Farmer said Thailand had a system of arbitrary detention of migrant workers’ children and that the bail system, requiring Bt50,000 in addition to a Thai guarantor and an acceptance letter that the child will be accepted in a third country, was almost impossible.

“Children should be with their families and housed in a shelter. A detention centre is not the right place for them,” Farmer said.

HRW interviewed 41 migrant children while examining what can be considered as “abusive conditions” at detention facilities, especially at the Bangkok Immigration Detention Centre (IDC).

The report also contained the Foreign Ministry’s rebuttal to HRW, which read: “Detention of some small number of migrant children in Thailand is not a result of the government’s policies but rather the preference of their migrant parents themselves [family unity] and logistical difficulties.”

The treatment of migrants in Thailand has been under close surveillance since the country’s status was downgraded to Tier 3 in the US “Trafficking in Persons” report. The Thai authorities say they have taken necessary measures.