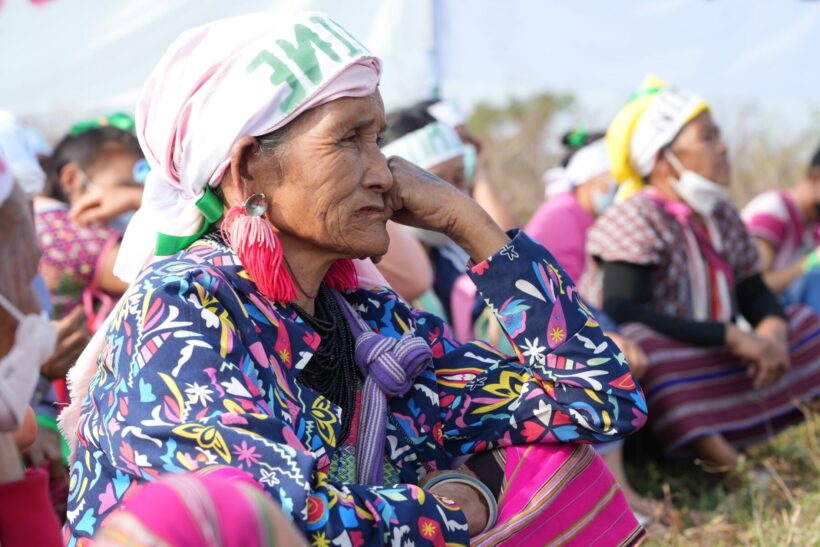 Villagers from Omkoi, a district 150 kilometres south west of Chiang Mai, are running a campaign to resist an upcoming mining project which they say will impact their way of life, health, livelihoods and the local environment. The villagers are filing a lawsuit against the International Energy Agency who did not notify or involve local people in the planning of the project, which began 10 years ago.

A network has been set up to resist the project and the villagers are submitting an Environmental Impact Assessment report to the court in an effort to put a stop to the Omkoi mining project, which villagers say is an infringement on their fundamental rights.

An EIA report was approved 10 years ago giving the IEA the green light to go ahead with the mining project in Omkoi village in northern Thailand. However, villagers said the report clearly did not include the contributions of local people who will be directly affected by the project. The IEA kept the villagers in the dark about the project, who only found out about it in 2019 when scholars contacted them about it. The village’s network has written up their own EIA report to resist the original report which was passed without their involvement, which they will submit to the Chiang Mai Administrative Court on April 4.

65 year old Thanakrit Tongfa, coordinator of the ‘Protect Omkoi from Coal Network’ says that from March 28 to April 4, 80 to 300 villagers from Omkoi and surrounding areas will gather to publicly express their concerns about the mining project.

Thanakrit said the project will destroy the villager’s way of life and the area’s natural resources. If the project goes ahead, it will violate Omkoi villager’s rights such as the right to clean air, clean water, access to resources and the right to live in a good environment.

A representative of the youth and people of Ka Be Din village, Natthita Wuttisilawat, said…

“The EIA report made 10 years ago clearly lacked the participation of citizens who will directly suffer the effects from this project. The new EIA is the people’s edition of the report which shows how the project will violate Omkai villagers’ rights and the impact towards our way of life and the environment. If the project goes ahead, it will cause an infringement of rights, especially fundamental rights”

“The community gathered together to create the report with support from environmental and human rights NGOs, including experts in various fields. Based on available scientific evidence Omkoi wanted to create a new EIA report that is more transparent and in line with international standards.”

Villagers are facing another major project which will heavily impact their local environment, the controversial Yuam River diversion project, also known as the Bhumibol Reservoir refilling project. The project requires tunnels to be dug through four local areas. The 70 billion baht project’s EIA was given the go-ahead from the National Environment Board last year.

The project includes the construction of a 69-metre-tall dam to block the Yuam River in Sob Moei district in Mae Hong Son province to create a 332-hectare reservoir and a water pumping station to pump water from the reservoir into a 61-kilometre long concrete water division tunnel built in the watershed areas of Mae Hong Son, Chiang Mai and Tak provinces. The water will refill the Bhumibol Reservoir in Tak province.

Omkoi is also facing the construction of transmission power lines in the local area. Bangkok Post reported that Sakda Jongkaewwattana from the Research and Development for Quality of Life Foundation said that, while many villages in the northern regions of Chiang Mai and Tak don’t have electricity, it doesn’t mean they want ‘big’ electricity projects in their communities. Many villagers want electricity to power lights, refrigerators and televisions, which could be provided through solar panels and doesn’t require the construction of huge transmission power lines and towers.

According to Sakda’s research, 12 volts is enough to support the villagers’ daily routines.

“That’s why I can spend my own money installing a solar panel for a family. It only costs around 1,000 baht.” 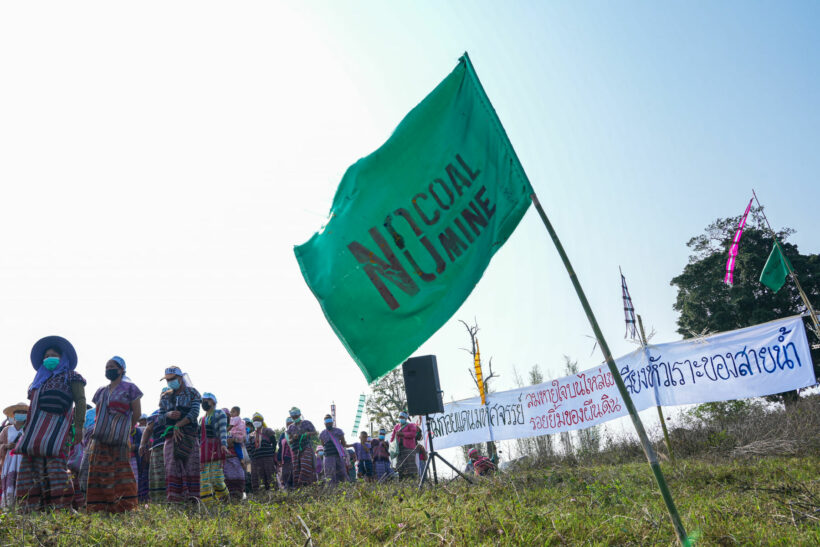 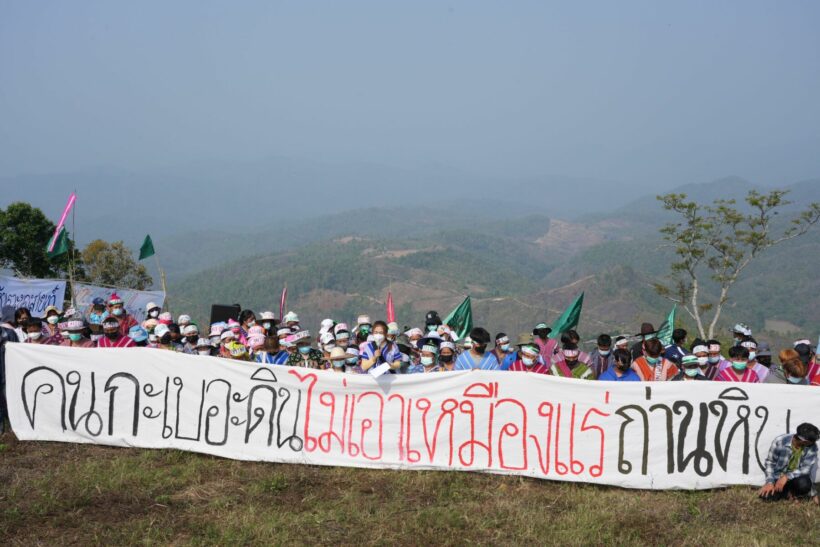 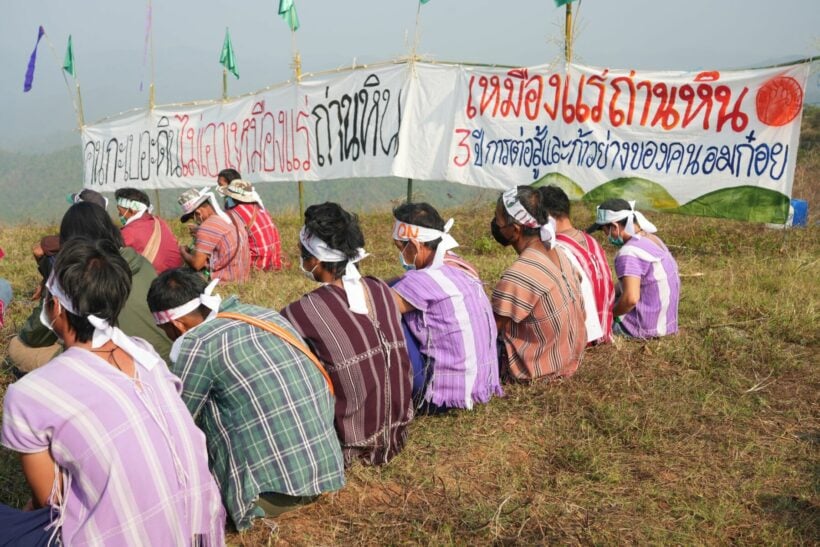 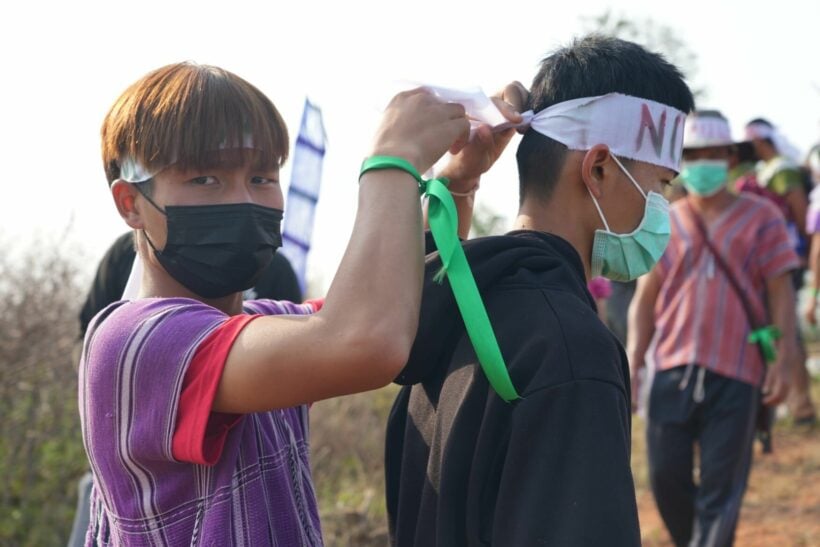 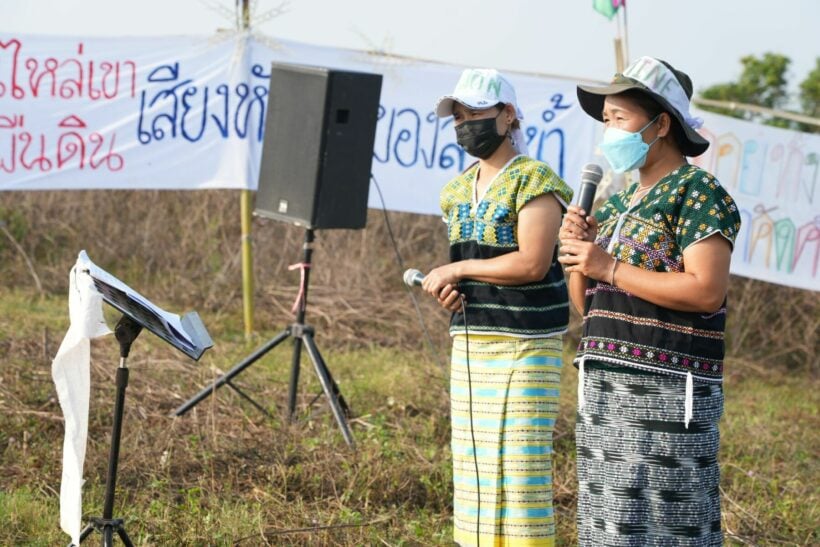 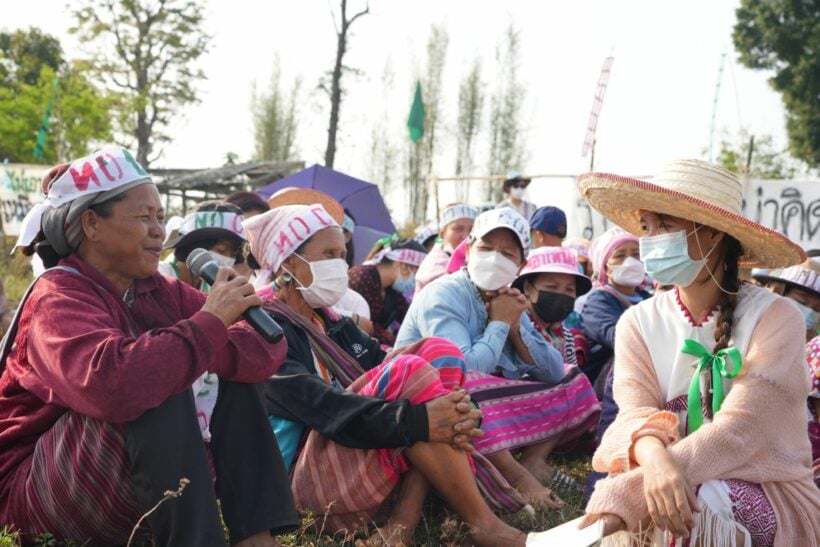 HolyCowCm
Wow, today they will be at 3 Kings in CM. I will take a motorcycle cruise past around 5pm to see how it is going on. Unfornutately like in many or all countries, normal and indigenous people get shite on…