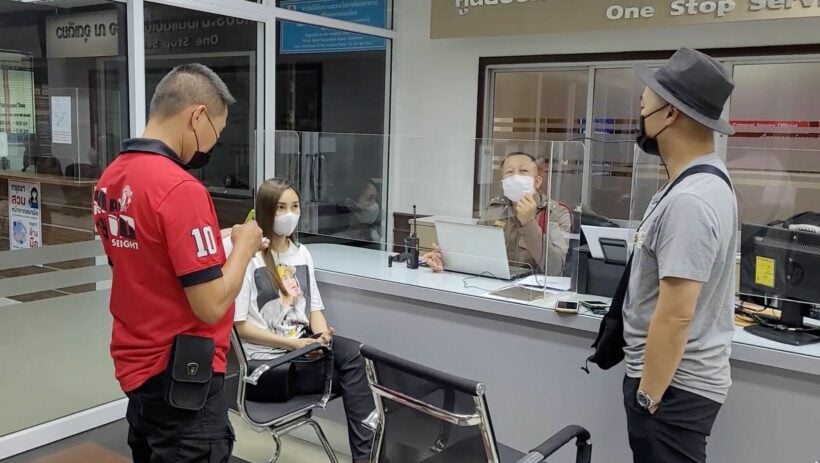 UPDATE: The taxi driver has met with the police and says didn’t leave the tourist, he was just using the restroom. Read more HERE.

A taxi driver allegedly robbed a passenger and left him and his friend at a petrol station in Isaan province Ubon Ratchathani. The tourist from Bangkok says that not only did the driver overcharge him for the trip, but he also took off with his luggage which included his passport, tablet and phone.

The 45 year old tourist that he and his friend had just landed at the Ubon Ratchathani International Airport and were approached by a group offering a taxi service. For a 100-kilometre trip from the airport to the Khemmarat district, the taxi charged 1,000 baht. According to the standard rates for the distance, the transportation fee shouldn’t cost over 900 baht.

The tourist says the driver suggested stopping at a petrol station on Ubon – Trakan Road to go to the toilet and take a quick break. When the tourist and his friend walked out of the convenience store, the taxi was gone. The driver took three items of luggage holding documents, a passport, a tablet, and a phone, which the tourist says cost 100,000 baht. They say they had even bought drinks and snacks for the driver.

The tourist says he usually visited the province to make merit about 4 to 5 times per year and had a regular taxi driver. However, the driver wasn’t available, forcing him to use the service at the front of the airport. He wanted the relevant authorities to investigate the taxi service at the airport to prevent similar cases in the future.

The officers from Mueng Ubon Ratchathani are now working on the case. They checked the CCTV cameras in front of the convenience store and a car park at the airport to search for the driver.

Hill tribes in Chiang Mai resist construction of coal mine