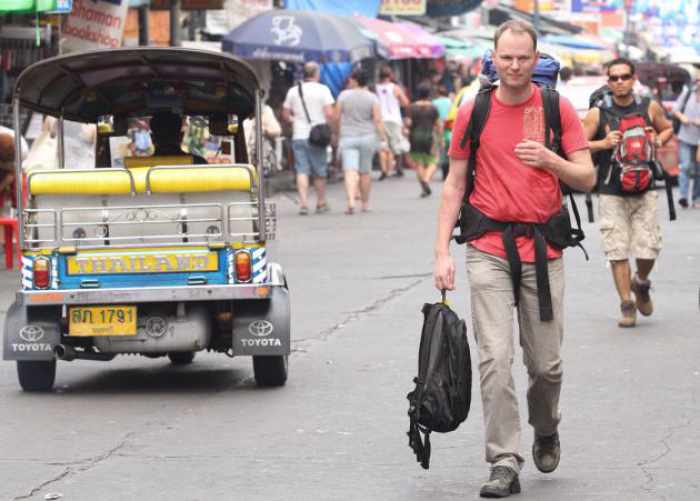 PHUKET: Authorities will bar visitors who overstay their visas from returning to Thailand for between one year and a whole decade. The longer the overstay period, the longer will be the re-entry ban.

Starting from August 29, the ban will be imposed on any foreigner found to have overstayed his or her visa or visa-exemption period.

The Immigration Bureau decided to mete out such tough punishment after the current penalty, a maximum fine of Bt20,000, had apparently failed to serve as a sufficient deterrent.

Last year, a total of 70,715 foreigners were charged with overstaying their visas. Between January and June this year, the number of visa overstayers reached 30,359.

He said foreigners who turn themselves in would be barred from re-entering Thailand for one year if their overstay time exceeds 90 days. The ban will be valid for three years if their overstay period is more than one year. Those overstaying for more than three years will be barred from coming back to Thailand for five full years. In the event an overstay exceeds five years, their re-entry to Thailand will be prohibited for the next 10 years.

“And if they do not turn themselves in, the ban will be longer. For example, overstaying for less than one year will result in a five-year ban if [the overstayer] is arrested,” Worawat said.

He added that starting from August 29, foreigners who failed to produce their passports would be fined up to Bt20,000 and jailed for up to two years.

Worawat insisted that the tougher punishments were necessary because many visa overstayers were found to have flouted Thai laws in various aspects – such as buying Thai-national identification cards.

A Chinese woman arrested on charges of overstaying said she had come to Thailand to make a living, not to commit any crime.

“Here in Thailand, it’s possible to start a small business or stall with as little as Bt3,000,” she said. “That would not be possible back in my homeland.”

Arrivals from West Africa on Ebola watch, fears grow of outbreak in Europe

Pair charged with stealing rice worth Bt100m from warehouse