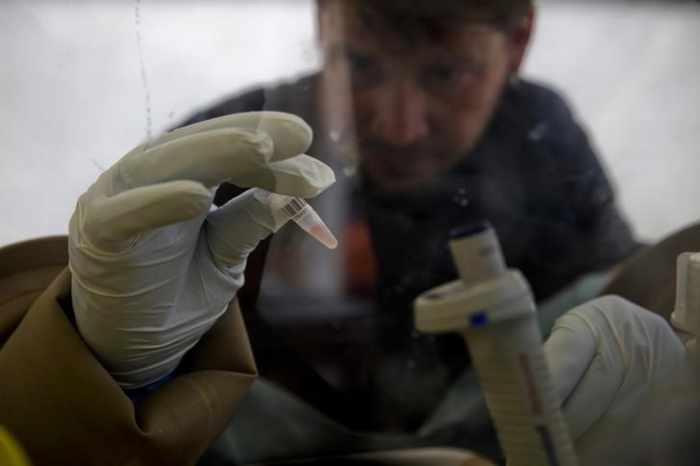 PHUKET: Thai authorities have joined the rest of the world in monitoring the spread of the Ebola virus and are closely screening all arrivals from West Africa, a source at the Foreign Ministry said yesterday.

Countries across the world have raised their alert over the outbreak in West Africa after a doctor in charge of an Ebola treatment centre in Sierra Leone became the latest victim of the deadly virus this week.

The United Kingdom regards the outbreak as a “serious threat”, and a commercial airliner has suspended all flights to two African countries.

Dr Sheik Umar Khan succumbed to the virus on Tuesday, according to the medical charity Medicins Sans Frontieres (MSF).

Dr Khan was admitted to a treatment facility run by MSF after he tested positive for the virus.

Meanwhile, British Foreign Secretary Philip Hammond said the Ebola outbreak in West Africa poses a “very serious threat”. He made the point just before chairing a meeting with COBRA, the UK government’s crisis response committee tasked with assessing the country’s preparation to cope with any possible outbreak of the disease.

The UK Department of Health confirmed that one person in Britain was tested for the virus but tests had proved negative. Reports suggest that this person had travelled from West Africa to central England.

Meanwhile, Pan-African ASKY Airlines announced on Tuesday that it was suspending all flights to and from the capitals of Liberia and Sierra Leone, the two countries that have been hit by the Ebola outbreak.

This move by the Togo-based carrier came after the death of one of its passengers who had been travelling from Liberia to Nigeria via the Togo capital of Lome.

The 40-year-old man, an employee of the Liberian government, died in Lagos on Friday in what was Nigeria’s first confirmed death from Ebola.

The source at the Foreign Ministry said Thai officials were checking the travel history and health condition of all travellers from West Africa before allowing them into the Kingdom.

Dr Wongwat Liulak, who heads the Bangkok Metropolitan Administration’s Disease Control Division, reckoned there is a possibility that during the virus’s incubation period, some infected persons may not be aware they are carriers and hence continued travelling. He added that the virus was transmitted via direct contact with the blood, body fluids and tissues of infected humans or animals. High fever is one of the key symptoms of Ebola virus disease or Ebola haemorrhagic fever.

No infections in Thailand

So far, there have been no Ebola infections in Thailand. “But the Public Health Ministry is closely monitoring the situation,” Wongsawat said, adding that Thailand had experience in controlling some epidemics before, such as severe acute respiratory syndrome.

Meanwhile, the non-profit organisations that have lost two American employees to the virus have closed their Liberia treatment centre due to civil disturbances and plan to evacuate 60 members of staff due to the disease risk.

Protesters apparently “got out of hand” outside an Ebola treatment centre in Foya, near the Guinean border, leading the two North Carolina-based agencies to shut it down, Bruce Johnson, an executive with SIM USA, said.

“It was a growing civil unrest and the local authorities were not able to secure the situation,” Johnson said.

Ebola has claimed 672 human lives in four West African nations since March, the worst outbreak since the virus was first reported in what is now the Democratic Republic of Congo in 1976.

The Ebola virus first appeared in 1976 in two simultaneous outbreaks in Sudan and the Democratic Republic of Congo.

The virus, for which there is no known cure so far, starts with high fever, followed by nausea, vomiting, diarrhoea and later bleeding from the eyes, ears and nose. As many as 90 per cent of the infected are killed by the virus. The World Health Organisation said in a statement on Sunday that there have been 1,200 infections so far this year.