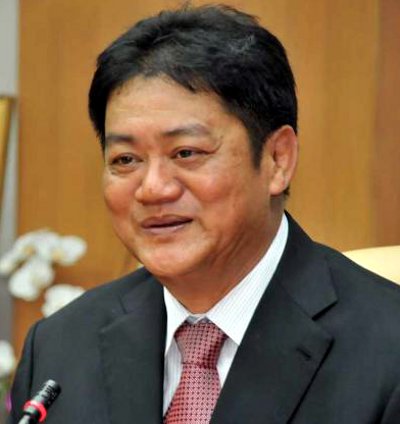 Mr Witthaya said that he had been discussing the plan with executives of hospitals, including private ones, across the country since March 8. All hospitals had agreed to join the plan, he said.

“The plan will not create an additional burden for the hospital when it comes to managing its services for patients,” he said.

“We’ll just have to change our procedures a little to adjust the hospital’s management system to the plan,” said Dr Suwinai.

However, he said he had not yet been contacted by any government agency about the plan.

The proposal would see all hospitals providing emergency medical treatment – continuing until the patient is well enough to go home – to patients from any of the government’s three healthcare schemes: the NHSO universal healthcare scheme, the Social Security scheme and the Civil Servant Medical Benefit scheme.

Later, patients without any coverage would be incorporated into the scheme as well.

He said he is waiting for a final decision from the Private Hospital Association on whether they will join the government plan or not.

Association president Dr Chalerm Hanpanich was unable to respond to questions from The Nation as he is abroad.

Speaking after a meeting at Government House on Tuesday at which officials discussed ways of reducing inequality in the healthcare system, Health Minister Witthaya said, “Patients would just show their ID card to hospital staff [at a facility] close to their present location and they will be allowed to receive medical treatment in emergency hours.

The meeting designated the NHSO to act as a clearinghouse to pay the cost of emergency medical treatments for patients from all three healthcare schemes.

The NHSO will pay about 10,500 baht for each emergency medical treatment to the hospital concerned. Later, the NHSO will be reimbursed by the patient’s healthcare scheme.

“Patients in need of emergency care will be treated at hospitals until they recover and are able to go home,” he said.

Until now, emergency patients have been allowed to stay at the initial hospital for only 72 hours. After that they are transferred to the hospital with which they are registered under their healthcare scheme.

Health Minister Witthaya said he had asked the Emergency Medical Institute to compile a list of clearly defined emergency medical treatments that will be recognized under the plan.

“We have to make sure that patients are receiving genuine emergency medical treatments,” he said.

About 48 million people registered with the NHSO, with 10 million being members of the Social Security scheme and five million government officials eligible for Civil Servant Medical Benefit services.

However, Mr Witthaya added that about 400,000 people, including temporary government employees and state-enterprise employees, are not covered under any of these three healthcare schemes.

The ministry will revise its regulations to allow them to receive emergency medical treatment under the new healthcare plan, he said.