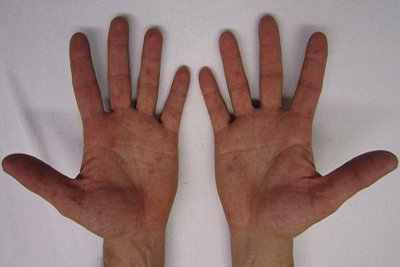 PHUKET: According to the Center for Disease Control and Prevention (CDCP) in the US Hand Foot and Mouth disease (HFMD) usually affects infants and children younger than 5-years-old, though it can sometimes occur in older children and adults. Symptoms of HFMD include fever, blister-like sores in the mouth (herpangina), and a skin rash.

HFMD is caused by viruses that belong to the Enterovirus genus (group). This group of viruses includes polioviruses, coxsackieviruses, echoviruses, and enteroviruses. HFMD is often confused with foot-and-mouth disease (also called hoof-and-mouth disease), a disease of cattle, sheep, and swine. However, the two diseases are caused by different viruses and are not related.

Cambodia’s HFMD epidemic appears to have passed the critical point and is now under control, but Thailand remains on alert for further cases of the disease, Bureau of Epidemiology director Dr Pasakorn Akarasewi said Monday.

He noted the outbreak in the neighboring country should decline within 45 days, and that the illness has been found in Thailand, among primary school students.

The Phuket Gazette contacted local schools who have confirmed they have had no reported cases, however they are implementing additional preventive measures, such as additional cleaning regimes and close monitoring of students. Should anyone exhibit symptoms they will immediately refer them to medical services and contact the families concerned. The schools also confirmed that any student feeling unwell should remain home.

About 13,000 children have been infected with the HFMD so far in Thailand, with the figure possibly reaching some 18,000 cases this year.

According to the World Health Organization (WHO), illness and death in the majority of cases in Cambodia has been due to a severe form of HFMD related to Enterovirus 71, which is seen in many countries around the globe.

The illness has mostly been found in Cambodia’s capital of Phnom Penh and its vicinity, including along the Mekong River. The situation there is currently under WHO supervision, Dr Pasakorn said.

In Thailand, the outbreak has occurred mainly in the central and the northeastern areas, followed by the north and south, in nurseries and kindergarten schools.

The Epidemiology Bureau director said his organization is speeding up measures for disease control and prevention. Clear guidance for setting up a provincial center to monitor HFMD will be given to ensure further cooperation.

Meanwhile, the elementary level at Satit Chula Demonstration School in central Bangkok has closed as of from today, with a number of students were infected, according to MCOT.

In Rayong, public health chief Dr Kris Palasut said HFMD in Thailand was of the Coxsackie strain, which is less severe. Dr Kris said he had asked employers to cooperate on the temporary ban on Cambodian workers from visiting home.

“If they go to Cambodia and come back around this time, they may return with enterovirus 71,” he said. “The employers have agreed to provide cooperation.”

According to a Cambodian news website, China, which has also had HFMD outbreaks, has sent a medical team to Cambodia to help control the spread of the disease. Also, the daughter of Cambodian Prime Minister Hun Sen has donated US$300,000 (9.5 million baht) to a children’s hospital in Phnom Penh to help HFMD patients.

Mae Hong Song public health chief Dr Paisarn Tanyawinijkul said: “Parents should advise their children to wash their hands often. As for schools, if they find more than five students coming down with the HFMD in a class, the class must be suspended. If there are more than five such classes, the school should be closed down temporarily.”

The CDCP says whilst there is no vaccine to protect against the viruses that cause HFMD, it echoes Dr Paisarn’s advice:

• Washing hands often with soap and water, especially after changing diapers and using the toilet.

• Disinfecting dirty surfaces and soiled items, including toys. First wash the items with soap and water; then disinfect them with a solution of chlorine bleach (made by mixing 1 tablespoon of bleach and 4 cups of water).

• Avoiding close contact such as kissing, hugging, or sharing eating utensils or cups with people with hand, foot, and mouth disease.