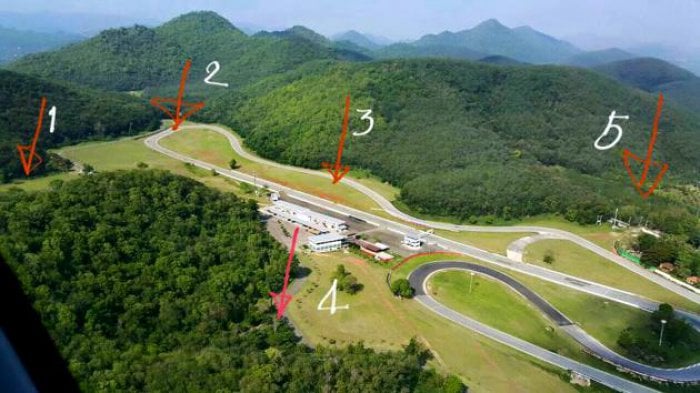 After the scandal broke out, Bonanza International Speedway could produce land-right documents for just 56 rai of land – and these were clearly issued illegitimately.

“Because we have found irregularities in the issuance of these land-rights documents, we have had them revoked,” Governor Thongchai said yesterday.

Another big business in Pak Chong being investigated for alleged encroachment is Kirimaya Resort.

These plots came to the department through the collapse of embezzlement-hit Bangkok Bank of Commerce and cover over 1,400 rai in Pak Chong.

“Still, if the land right documents are found to have been illegitimately issued, we will have to revoke them,” he said.

He said relevant authorities would investigate further to nail down who was behind the issuing of land-rights deeds held by the Bonanza speedway and Kirimaya Resort.

“If the same government officials are behind the issuance, there is a possibility that they may have illegitimately issued land-right documents for other plots of land too,” Col Dusadee said.

Kitti Thanakit-amnuay, the chief adviser to Kirimaya, said his firm was confident that it acquired the land plots legitimately and legally. But his firm preferred not to give any comment now so as to let officials investigate the allegation fully first.

Second Army Area chief Lt Gen Tawat Sookplang, meanwhile, said the military was ready to support relevant authorities in their work to reclaim state land that had been encroached upon.

He said the Second Army Area had successfully reclaimed 112,000 rai of forestland in seven northeastern provinces between May and now.

Covering 115 rai of land in Pak Chong, this project has sold eight rai of its land to a famous TV news host.

“Given the illegitimacy, the deeds will be revoked and so do the ones now held by the news host,” Col Sommai said.