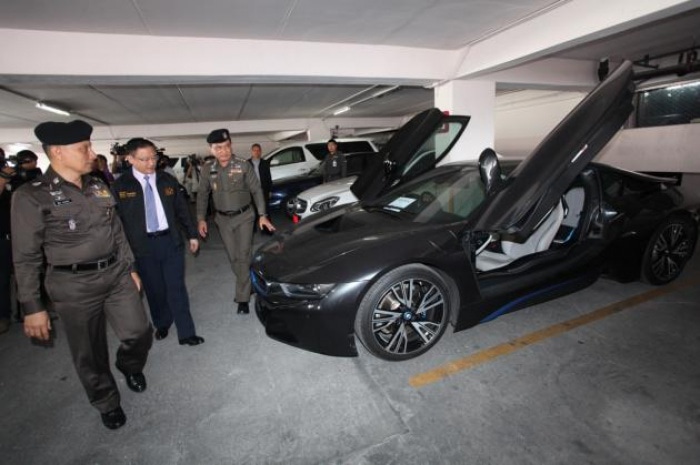 Meanwhile, assistant national police chief Lt Gen Suwira Songmetta said the damages could be as high as 38 billion baht worldwide and that 110 people had so far filed police complaints against the firm in Thailand.

The Consumer Protection Police Division now has some 400 officers in charge of receiving complaints to prepare for the 45 or so more complainants that were expected to come forward later yesterday.

DSI deputy chief Col Paisit Wongmuang said the three or four companies in question were linked to Malaysia-based U-Fun Store and that there were another 30 key suspects.

Pol Major Suriya Singhakamol, director of the DSI Bureau of Technology and Cyber Crimes, said the information provided to the police came from a technical investigation, the result of which matched the 20 suspects for whom arrest warrants have already been issued.

He said these suspects have apparently changed their identities between three to five times, adding that the DSI probe would be conducted alongside that of the police.

Gen Suriya said the DSI probe learned that U-Fun Store had allegedly set up three or four branches, which purportedly followed the same operating system down to using the U-Token currency for trading.

Gen Suwira, who is leading the investigation, said police has handed over 200 million baht of assets seized, including 16mn baht cash, to the Anti-Money Laundering Office for further investigation and possibly auction in order to compensate the victims.

He also called on the media to attend a press conference scheduled to be held in Malaysia by UFUN executives, ask questions and pass the information onto Thai police. He said police had also asked their counterparts in Malaysia to locate three Malaysian fugitives and check on the background of the fugitive identified as Arthit Pankaew, who was reportedly involved in fraud cases in both Malaysia and China.

In response to some UFUN Thailand members’ call for justice and claims that the company is innocent, Gen Suwira said police was proceeding according to law and had gathered evidence before six suspects in custody were arrested. He said that police would be able to submit the case to public prosecutors by next month.

Meanwhile, a check by Malaysian newspaper The Star shows that the UFUN office in Kuala Lumpur has been emptied, though there are many notices on its door. A building receptionist, who refused to be identified, said the office had been empty for more than six or seven months.

“We never see anybody there. Sometimes people come into the office to ask for UFUN, but it is always empty. Even the mailman cannot deliver packages to the office,” she said.

The Star reported that UFUN Co Ltd’s executive chairman Daniel Tay has denied allegations that his company was involved in fraudulent practices in all of its businesses and said he would cooperate with the Thai authorities and respect the law following the crackdown.

“We’ll cooperate with the Thai government and provide necessary information needed to clarify that we are innocent,” he said in a YouTube clip recently.

In the nine-minute video, Mr Tay claimed: “The business will continue to grow and we will take care of those who have U-Tokens. We have no intention to cheat our members’ hard-earned money. I advise our members in Thailand to calm down for the moment.”

He said although UFUN Thailand’s account has been frozen temporarily, the company assured that it would be paying its member’s withdrawals.

“The company will not reject any withdrawals unless in special cases like technical problem, lack of information or manpower,” he said.