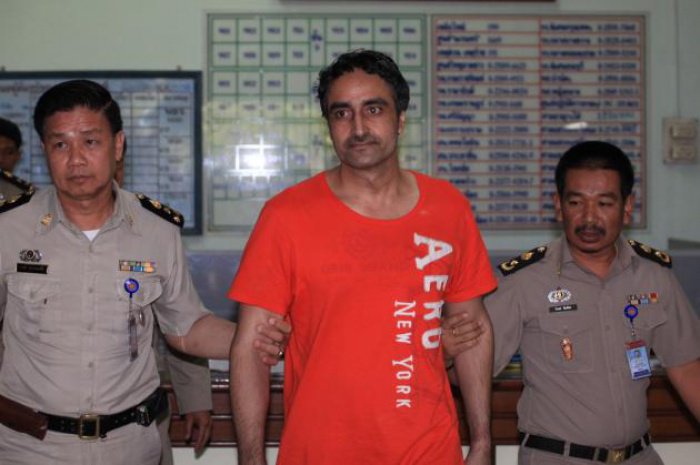 Gurmeet Singh, also known as Jagtar Singh Tara, a former member of the Babbar Khalsa International Sikh separatist group, was jailed for life in 2007 for his involvement in the 1995 car-bomb attack outside a government complex in Chandigarh.

The explosion killed the chief minister and 17 others, including aides and members of his security detail. Singh was one of six militants convicted in connection with the blast.

He and three others tunnelled out of an Indian high-security jail in 2004.

He entered Thailand in October, police said, and was arrested in Pattaya on Monday.

“We arrested fugitive convict Gurmeet Singh in Pattaya after monitoring his movements for several months and with the help of police in India,” Prawut told Reuters.

“The plan is to send him back to India.”

The Thai manhunt for Singh made headlines last November after the leak of an alert message among police via a Line chat application (story here).

The subsequent contradictory information from police and overall confusion reportedly called into question Thailand’s lack of preparedness to handle terrorism.