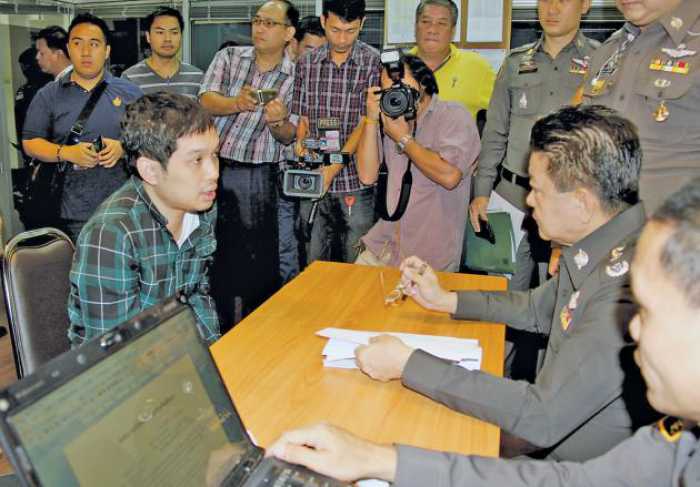 PHUKET: Police have placed under arrest Panasan Somchevita, the 33-year-old son of a former permanent secretary for the ICT Ministry, after 21 people accused him of duping them out of 281 million baht in an alleged stock scam.

Gen Prawut said police then obtained an arrest warrant and Mr Panasan was apprehended in Phetchaburi’s Muang district on Thursday. Mr Panasan is the son of Sunthad Somchevita, who served as a Special Case Committee member at the Department of Special Investigation.

The complaint against Mr Panasan alleges that he told his alleged victims he had about one million shares in initial public offerings for three well-known companies.

After being told the stock could be bought at a par price for hefty profit, the alleged victims said they transferred money to Mr Panasan’s account. The complainants alleged that Mr Panasan began avoiding them and when they suspected they had been conned, they filed a complaint to the police.

The alleged crime took place between November 11 and December 3.

Gen Prawut claimed that Mr Panasan had admitted to the alleged fraud, and that he had used money given to him to fund his own stock trading – which he accused Mr Panasan of doing at least three times previously.

Police are investigating to determine if he had any accomplices, Gen Prawaut said.

Mr Panasan told police he would pay compensation to the aggrieved parties, the general added.

However, Mr Panasan in court on Saturday denied all the charges against him.

Police took Mr Panasan to Ratchadapisek Criminal Court on Saturday to apply for an initial 12 days in detention, which will be in effect until December 17.

Police objected to him being released on bail on grounds that there were many aggrieved parties, and the monetary value of the alleged offence was very high, he had adversely affected the economy, and he was a flight risk.