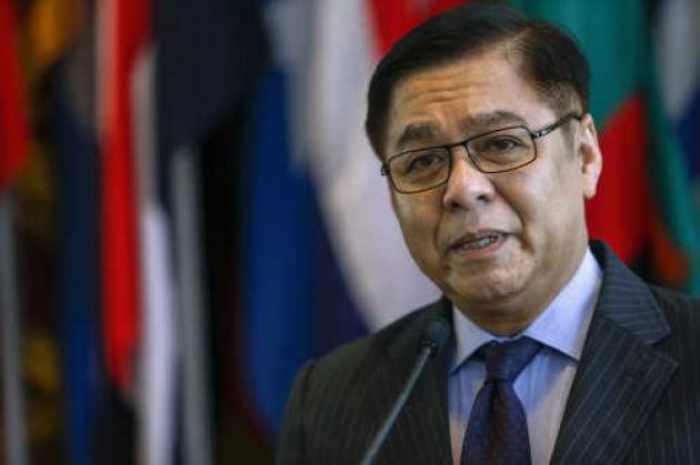 “We dare to challenge NGOs and are willing to invite our customers to audit our factories and reveal information about employment,” said Poj Aramwattananont, chairman of the Thai Fishery Producers Coalition, representing eight seafood and fisheries associations.

He said that while it was true some wrongdoing had occurred in the past, “we can insist that we are strongly working on good labour practices and comply with international regulations”.

In response to the US State Department’s decision downgrade Thailand to Tier 3 for the worst human trafficking in its 2014 “Trafficking in Persons” (TIP) report, the Thai producers coalition has stressed its position that child and forced labour will not be tolerated.

The coalition emphasised that the US decision to downgrade Thailand was unfair. The Thai industry wants the truth to be told – that there is no slavery involved in the shrimp supply chain.

It said it had no interest in taking legal action against the industry’s accusers or quarrelling, would continue to prove that it has stringently screened out forced or child labour.

Trading partners will continue to do business with Thailand, Poj said. Costco, a leading US superstore, is scheduled to visit the Kingdom next month to study the labour system and collect information to show its customers that workers are well treated by its Thai suppliers in accordance with the company’s requirements and international standards.

The seafood industry has worked on labour issues since 2006. Actually, Thailand should be upgraded to Tier 2 – it was on a watch list before the latest TIP report – but for reasons of its own, the US decided to downgrade Thailand unfairly, he added.

Panisuan Jamnarnwej, president emeritus of the Thai Frozen Foods Association (TFFA), said Thailand would make an effort to create better understanding among the public, as the TIP report and a newspaper article had created a bad reputation for the Thai industry.

The industry will also work closely with its members and government agencies, as well as international labour task forces, to punish any enterprise that breaches labour laws.

It has set up a hotline for workers facing unfair practices by employers.

All shrimp exporters are members of the TFFA, and the association has mandatory programmes such as good manufacturing processes and HACCP (hazard analysis and critical control points) for heath and sanitation purposes. A good labour practice programme from the Labour Ministry and Fisheries Department is being implemented with the International Labour Organisation as adviser and co-facilitator.

The TFFA will also try to tighten cooperation with the ILO through a range of activities from joining training programmes and monitoring practices to sending reports to the organisation, which is an agency of the United Nations.

Concerning the issue of child and forced labour, which the US will also review for a possible TIP revision this September, the TFFA has worked with local and national authorities to improve and monitor workplaces along the supply chain. Any member found violating the code of ethics will be expelled, which means it cannot export any longer.

Somsak Paneetatyasai, president of the Thai Shrimp Association, said Thai shrimp exported to the US must be farm-raised, so no forced labour is involved. Aquaculture is much more efficient than capturing from the wild, resulting in lower costs both in monetary terms and resource consumption.

Boontham Aramsiriwat, secretary-general of the Thai Feed Mill Association, said not more than 350,000 tonnes of shrimp feed was annually sold to farmers. This translates to 100,000 tonnes of fishmeal needed as ingredients along with soybean meal.

The feed-meal producers buy fishmeal from traceable producers. By nature, feed-mill operations are not labour-intensive, relying instead on heavy machinery.

Sanguansak Akaravarinechai, president of the Thai Fishmeal Producers Association, said materials going into fishmeal production came from fish-processing plants as well as from local catches. Although 80 per cent of workers in the fishmeal industry are aliens, they are legally registered and treated by employers as well as Thai workers.

Chanintr Chalisarapong, president of the Thai Tuna Industry Association, said Thailand was one of the major suppliers of tuna to the US. He is confident in the industry’s labour practices.

The US will not sanction Thailand over the labour issue and will continue to trade and cooperate with the Kingdom, he believes.

Ajva Taulananda, vice chairman of CP Group, said: “The US action to downgrade Thailand to Tier 3 will have a minimal effect as it only affects some parts of the fishing industry. The Charoen Pokphand Group wants to support any measures against any wrongdoings that concern the industry.”

US President Barack Obama has 90 days to consider whether to proceed with any sanctions against Thailand or let the country correct the problems in question.

Rice kingpin gets six years in jail for B200mn fraud