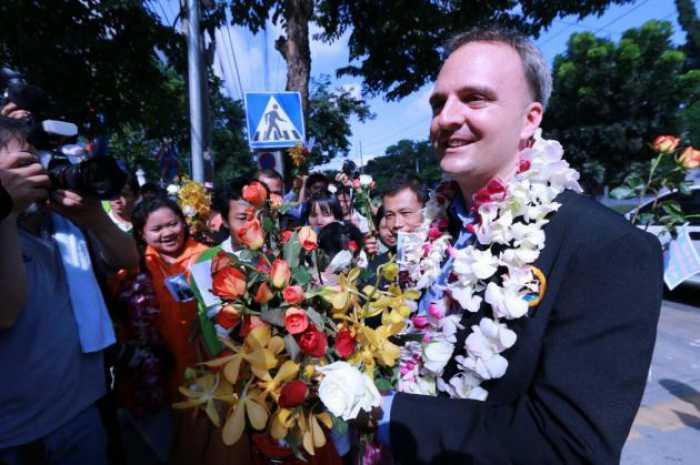 According to the court decision, the case was dismissed due to an unlawful interrogation process under Section 120 of the Criminal Procedure Code.

Natural Fruit has launched multiple criminal and civil prosecutions against the researcher and activist since February 2013 as a result of Hall’s contribution to a Finnwatch report published in 2013.

“We are relieved and glad that justice has prevailed in this case,” said Finnwatch executive director Sonja Vartiala in a press statement.

Finnwatch is a Finland-based NGO that focuses on global corporate responsibility.

During Hall’s trial, the court heard a former worker of Natural Fruit testify that the factory was hiring under-aged children and paid unlawfully low salaries to its workers.

AFP news agency reported that Hall hailed the ruling as “a real victory for migrant workers”.

“The workers who have fought with me now have much more faith in the system,” he told AFP.

The verdict yesterday concerned only the first of four cases filed against Hall by Natural Fruit.

Defamation case to kick off today

The third case, filed under the computer crimes act and criminal defamation charges, will proceed on November 17 at the Southern Bangkok Criminal Court. The trial date for the fourth $4-million civil case has not yet been confirmed.

If Hall is found guilty of the additional criminal and civil cases, he could face up to seven years in prison and be forced to pay millions as compensation. Finnwatch has demanded Natural Fruit drop all the charges against Hall, added Vartiala.

Hundreds of other international NGOs have recently signed a petition, asking Natural Fruit to drop all cases.

According to Finnwatch, demonstrations would be held in Finland, the Netherlands, UK and the United States to support Hall.

The Thai government should respect freedom of speech and ensure that human rights defenders can continue their work free from judicial harassment, the letter said. The organisation also urged the Thai government to work with rights activists to address the underlying issues that leave migrant workers vulnerable to unscrupulous employers.