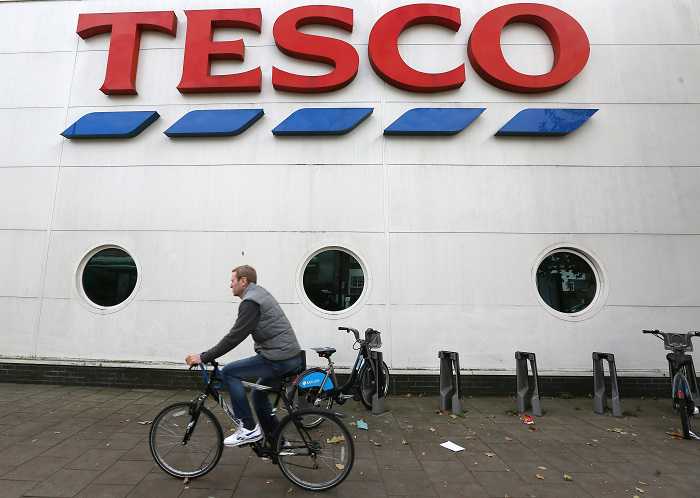 PHUKET: Britain’s Serious Fraud Office (SFO) has opened a formal criminal investigation into accounting errors at Tesco, raising the stakes in a scandal that has hammered the reputation of the country’s biggest grocer.

Already battling challenges on multiple fronts, Tesco said on Wednesday it had been notified of the SFO’s new investigation into the 263 million-pound ($424 million) overstatement of its first-half profits that has led to the suspension of eight senior members of staff.

Tesco is already facing one proposed investor lawsuit in the United States over the accounting irregularities caused by booking deals with suppliers too early.

Britain’s accounting watchdog, the Financial Reporting Council, is also examining how the error came about.

Shares in Tesco, which had been up about 2 percent all day, fell initially on the news by half a percent before recovering to close up 2 percent at 172 pence.

When the SFO launches a full criminal investigation against a company or individuals it has to be satisfied that there are reasonable grounds to believe that conduct might involve serious or complex fraud or bribery.

Such investigations can take years to complete.

“The SFO confirmed today that the director has opened a criminal investigation into accounting practices at Tesco plc,” the independent government department said in a statement.

Tesco said the eight senior staff members remained employees of the company and have been asked to step aside while the matter is investigated, adding that there was no suspicion of wrongdoing.

The 95-year-old group, which has dominated the British high street for years, is battling a severe slowdown in trading that has led to a string of recent profit warnings and resulted in a near halving of its market value this year.

Having only recently appointed a new chief executive and finance director and now looking for a new chairman, Tesco revealed in September it had found a 250 million-pound overstatement in its first-half profits, prompting investors to dump the stock.

Then last week the group said in its delayed first-half results that it now believed the accounting hole stretched to 263 million pounds.

Chief Executive Dave Lewis, just seven weeks into the job, also said he could no longer provide a full-year profit forecast because he did not know how much it would cost to rebuild the firm, Britain’s largest private employer.

The SFO probe will replace one already being carried out by the Financial Conduct Authority (FCA) which will now be closed.

The agency will take months sifting through vast quantities of digital data and other evidence, while seeking to identify and trace witnesses.

Some investigations might qualify for a so-called Deferred Prosecution Agreement (DPA). This is effectively a suspended corporate sentence and a new string to the SFO’s bow that has yet to be tested.

But DPAs, the SFO has said, will only happen where it can persuade a judge that it is in the interests of justice and where a company cooperates fully and can show that it has put any misdemeanour behind it and removed offending personnel.