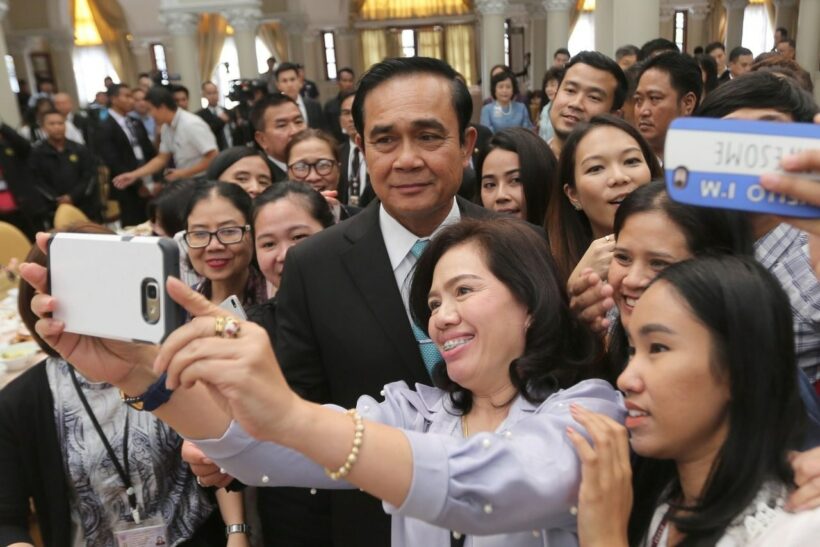 The Thai PM has endorsed a statement made by Deputy PM Wissanu Krea-ngam over the weekend that February 24 is the first possible date an election can be held. He says there is no justification for a general election to take place before that date.

Speaking to reporters after the mobile Cabinet meeting in Chumphorn, the prime minister repeated the comments made over the weekend.

“We stand by the February schedule. But if that cannot be done, let’s see how we will proceed,” Gen Prayut said.

Prayut is also under pressure to declare his hand and confirm if he is going to run as a policitian in next year’s election. The PM has promised he will make his plans clear in September. He’s been taking the mobile cabinet road show to the North East several times – the geographic heart of the Pheu Thai party and the home of politicians who have been the main critics of the Junta government.

Commentators say the PMs visit to the south this week, delivering major infrastructure and transport projects, was to shore up support in the southern provinces, many hit with flagging rubber prices.

The PM is also shrugging off a a Twitter message from former PM Yingluck Shinawatra. In a tweet directed at Gen Prayut on Monday, Yingluck reminded him of who she was.  Her Tweet was in response to Gen Prayut’s meeting with a woman who happens to have the same name as her during his inspection tour of Ranong on Monday. Prayut teased the woman by saying that her name sounded auspicious as a person by the same name was once a prime minister.