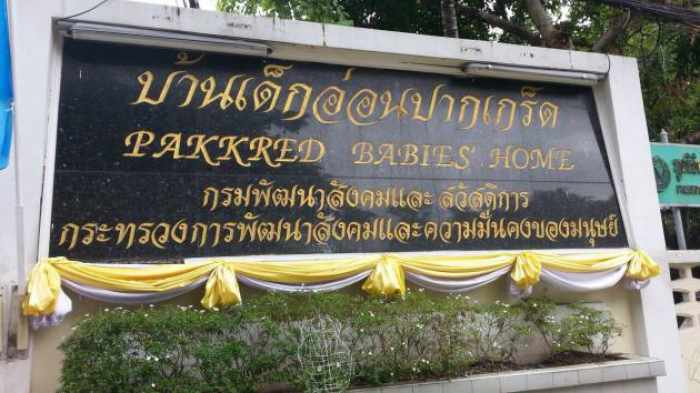 PHUKET: Following the much-publicised case of the unauthorised surrogacy involving a Thai mother and an Australian couple, a raid by police and soldiers at a Bangkok condominium found nine babies thought to have been fathered by a Japanese man.

Former minister Paveen Hongsakul, who initiated the raid on Tuesday on Soi Lat Phrao 130, feared that in the worst-case scenario this “surrogacy-for-hire” scam may be related to the potentially fatal extraction of foetal fluid to provide stem cells.

She also called on authorities to investigate a case related to a woman who said she was paid for surrogate pregnancy, but lost the baby seven months into her pregnancy. Pavena wants investigators to find out if the foetus’s spinal fluid was extracted for the manufacture of cosmetics.

As for the nine babies found in the Lat Phrao condo, Pavena said most of them looked Caucasian, while only one had Asian features. The infants were between 15 and 50 days old. She urged surrogate mothers to contact her foundation, the police, the Social Development and Human Security Ministry that she previously led or the Public Health Ministry for help.

Meanwhile, police are questioning a lawyer representing the unnamed Japanese man, who allegedly fathered the nine babies, as well as the seven nannies hired to take care of the infants. Another woman, who is six months into her pregnancy, is also being interviewed, he added.

Pol Colonel Chitphob Tomuen, a commander of the police Anti-Human Trafficking Division, said his division would help with the investigation and prepare to file charges against people who might be violating medical profession regulations.

Meanwhile, a senior physician specialising in fertility medicine, yesterday voiced his support for immediate verification of the nine babies’ DNA. Prof Dr Somboon Kunathikom, a former chairman of the Royal Thai College of Obstetricians and Gynaecologists (RTCOG), said the latest discovery was suspicious because usually children borne through surrogacy are adopted almost immediately by couples who foot the hospital bills.

Hence, he said, relevant agencies had to work together to find out if surrogate children were actually being taken care of or exploited in different ways.

The nine babies are now in a government home for children in Nonthaburi and will be kept there while police proceed with further investigation and DNA tests.

Medical Council to get tough

Dr Somsak Lolekha, chairman of the Medical Council of Thailand, vowed yesterday to take drastic action against cases of surrogacy if they are found to be violating medical profession regulations. This was after the latest case involving a baby boy with Down’s Syndrome, who was abandoned by an Australian couple, while his healthy twin sister was adopted.

Somsak also promised to push a bill that was initiated six years ago, which would pose strict penalties on women who agree to be hired for surrogate pregnancies, those violating existing medical regulations as well as those acting as go-betweens or playing any other role in the scam.

He said doctors, clinics or hospitals that perform unauthorised surrogacies will be held responsible under the general Medical Council of Thailand rules and be subject to penalty. “The bill [when made into law] will subject women willing to take part and all parties involved to strict penalty,” he added.

Existing regulations do not penalise women willing to take part in surrogate pregnancies, but only prohibit women from carrying babies if they are not related to the adoptive parents or do it for money. The law also stipulates that doctors not registered with RTCOG would be subject to a one-year imprisonment and/or a maximum Bt20,000 fine – and ultimately revocation of their licence if found guilty by the Medical Council of Thailand in a further investigation on grounds of morality and professional ethics.

Dr Kamthorn Pruksananonda, a senior RTCOG official, said doctors who performed unauthorised surrogacies could not claim innocence as they need to know all facts involving parents and surrogate mothers and scientifically-based details. The case of the abandoned boy is clearly a violation of surrogacy regulations, as the surrogate mother is a Thai and the parents are foreigners, he added.

Darren O’Malley, spokesman for the Western Australia Department for Child Protection, confirmed to AFP that an investigation has been launched.

“We have the power to remove children when there is significant and immediate concern over their welfare,” he added.