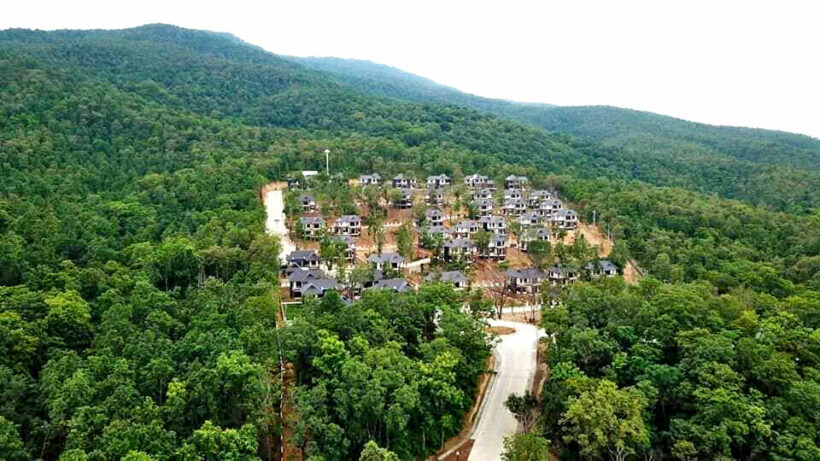 After almost 4 years of waiting, protests and arguments, the Court had returned the controversial land and housing project at the foot of Doi Suthep in Chiang Mai to the Treasury Department. The Department’s Director-General revealed 45 houses would be demolished, and land would be adjusted for the “benefit of the residents”. For the other 9 condominiums in the area, the cabinet meeting promised to take 4 months to move officers living there to the new housing project in Chiang Rai.

The controversial area is about 33 acres, which was originally expected to be a forest for public purposes, was planned by PM Prayut Chan-o-cha to be new housing for judicial authorities. The aerial photograph of the project went viral among Thai people in 2018. So, the local activists under the Love Doi Suthep Group started their campaign and have been protesting ever since to return the public land and forest at the foot of Doi Suthep.

Yesterday was considered a success for the residents of Chiang Mai. The Region 5 Appeal Court agreed to return the land and houses to the Treasury Department. The Director-General of the Department, Prapas Kong-Ied, received documents and house keys and visited the land yesterday. The authority reported that furniture, electric devices, and decorations were still inside each of the houses. The Court of Justice, Chiang Mai’s Provincial Treasury Department, and the Royal Thai Army would visit later to manage the properties.

Prapas added that the relevant departments had worked hard to solve the conflict up to yesterday’s ruling. He said all the houses would be demolished, and that the land would be controlled by Chiang Mai’s Provincial Treasury Department and committee. The land would be managed according to the needs and the best benefits of the residents.

The Love Doi Suthep Group coordinator, Teerasak Roopsuwan, said he would like to thank the court for returning the land to the locals. For the condominiums, the locals would wait for 4 months until September 7, as the cabinet promised. After that, the group would host a traditional ceremony to welcome the forest’s soul back and invite locals to grow trees to restore their forest.

Ramanathan.P
Please leave Do Suthep, Doi Poi and along the way to Sri Nehru School leading to the remove village Khun Chang Kian. The jungle is really nice and dense with peaceful natural environment there. Thanks to the verdict that it…
HolyCowCm
If you see it flying by air it is a total horendously ugly land rape hack job. Article Quote: The controversial area is about 33 acres, which was originally expected to be a forest for public purposes, was planned by PM…