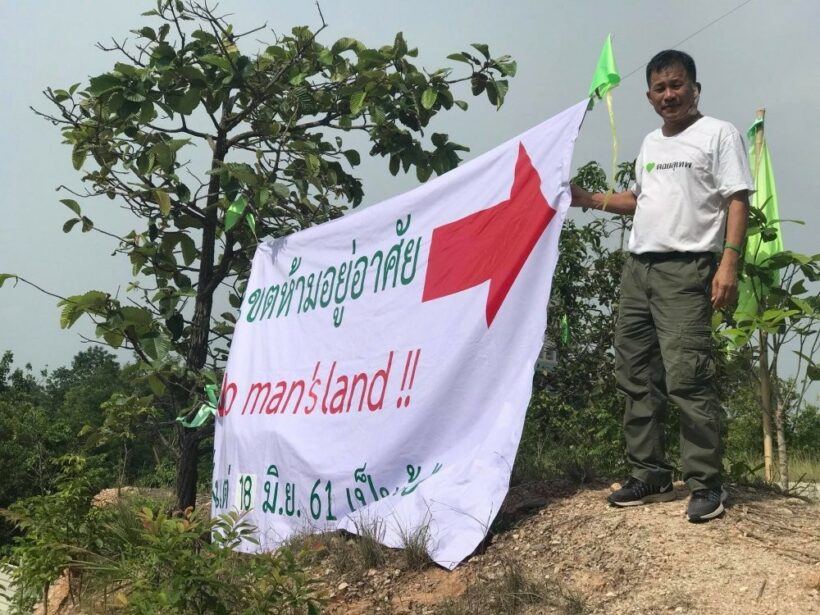 Residents living in the controversial judicial buildings constructed on the slopes of Doi Suthep in Chiang Mai will have to drive past signs saying it’s a ‘NO MAN’S LAND’ every time they enter the property.

The Doi Suthep Forest Reclamation Network is asking the Court of Appeals Region 5 to stop the ongoing construction at the controversial site.

“We will give the court 10 days to respond,” the network’s co-ordinator Teerasak Rupsuwan said yesterday. “Without positive response, we will also stage a big rally on June 30.”

The network also demanded the eviction of 30 families who had lately moved in to what is supposed to be an uninhabited area. The controversial site sits at the foot of Chiang Mai’s Doi Suthep mountain, whereby structures that were initially designated as court officials’ residences are being built. Many families had reportedly moved in and were living in the structures despite the controversy.

After locals and environmentalists led a high-profile campaign strongly opposing building on the site to accommodate court officials and called for returning the site to the forest, the government publicly stated that court officials will get a new location for their residences.

Yet, the Doi Suthep Forest Reclamation Network remains worried after witnessing the continuing construction on the site and the many families moving in to live in the zone. 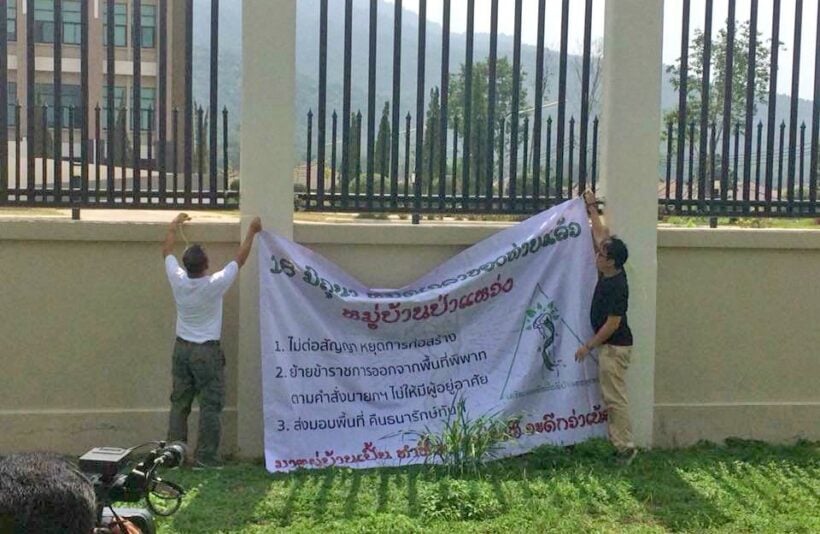