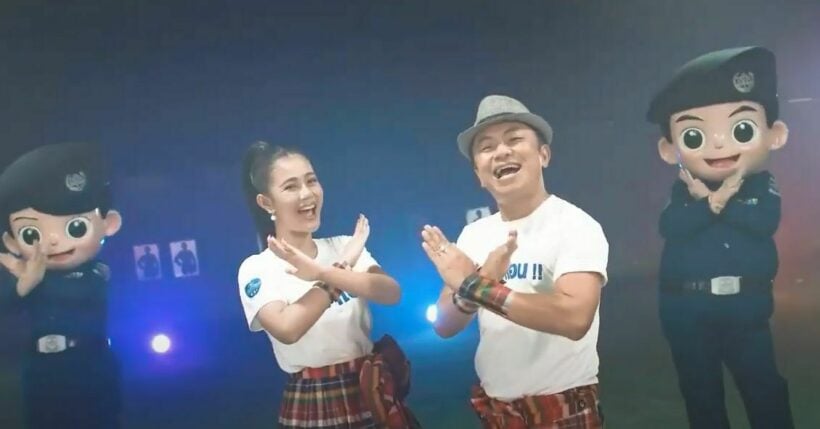 A music video was released by Thailand’s Department of Special Investigations, warning people about call centre scams and advising them to think before they transfer money. But the video, featuring celebrities, has drawn criticism from Thais. Many have been questioning why the DSI, which is known to be Thailand’s counterpart to the FBI in the US, is spending time and resources producing a music video on call centre scams rather than investigating.

The state-sponsored song “Ya Own,” or “Don’t Transfer,” featuring celebrities ‘”Eed Ponglang” and “Lamyai Haithongkham” was released yesterday. The song advises the public never to transfer money to people posing as police officers or anyone else requesting money via phone calls.

“Don’t believe anyone, don’t transfer” is the DSI’s message to Thai people. The song’s purpose is to create awareness of the real threat of call-centre gangs who operate not only in Thailand but internationally. The song’s lyrics say that people might call you on the phone or via Line pretending to be police or DSI officers, but you shouldn’t believe them or send them money.

PM Prayut Chan-o-cha says call centre scams are causing large damage to the public and has requested all agencies to work together to expedite the ousting of call centre gangs operating in Thailand. Committing fraud is illegal and carries high penalties, he warns.

The DSI has received so many complaints relating to call-centre scams that they have opened a channel, especially for these crimes, the DSI 1202 hotline.

If you suspect someone that called you is a scammer, the DSI asks to call the DSI 1202 hotline and file a report so they can investigate further. If you are not sure whether someone is a scammer or not, the DSI recommends calling the hotline and seeking advice before making any transactions. Alternatively, you can file a report via the DSI website.

Rassamee Seetarang, the composer of ‘Don’t Transfer’ and director of the DSI’s Technology and Information Department, has more ideas for songs with social messages up his sleeve. Rassamee said he wants to release a song that reminds society of the dangers of getting involved with drugs.

DoUKnowWhoIAm
How about a song about romance scam, I suggest rap.
HiuMak
I think its a good initiative. Why not?