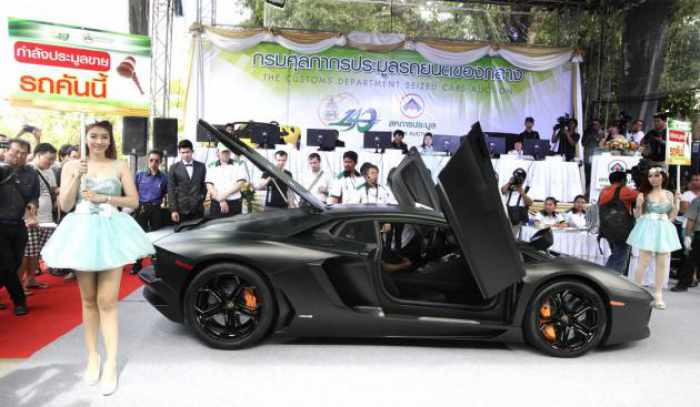 PHUKET: The Customs Department yesterday hosted an event at its head office in Bangkok’s Klong Toei district to auction off 357 confiscated cars, including a Lamborghini Aventador, two Ferraris, seven Audis, 15 Jaguars and 31 Bentleys.

Bidding on the Lamborghini opened at Bt19 million and reached as high as Bt23 million, but officials didn’t release it because it failed to reach the Bt25 million target, calculated as the assessed value plus taxes.

Presiding over the annual auction, department director general Somchai Sujjapongse said the department and related agencies had also returned eight cars stolen from Malaysia to the Malaysian ambassador to Bangkok, Dato Nazirah binti Hussain, as the cars were evidence in completed criminal cases that had no defendant.

Somchai said the department expected to make Bt600 million for the state from this annual auction.