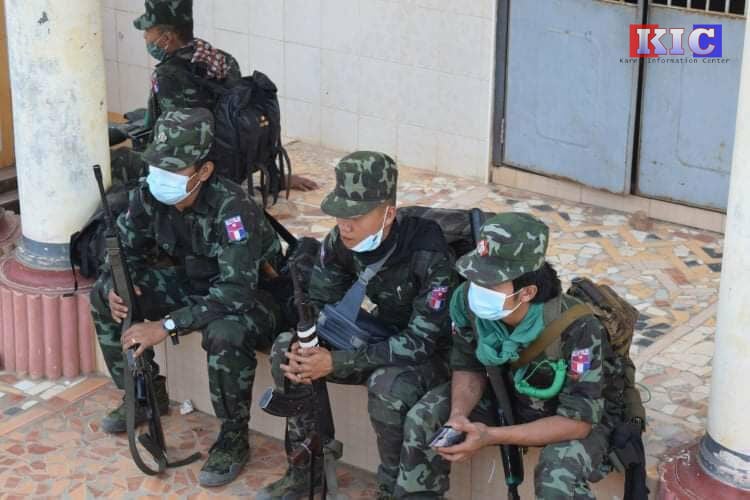 With the ongoing violence in Myanmar following last month’s coup, children just across the border in Thailand’s northern Mae Hong Son province are being trained by Thai army rangers to duck, crawl and take cover, just in case potential conflict between the military in Myanmar and ethic armies makes its way to the Thai-Myanmar border.

According to Reuters, there are more than 2 dozen ethnic armed groups along Myanmar’s border. The most prominent, Karen National Liberation Army representing the Karen National Union, supports the anti-coup movement.

Last month’s coup threatens Myanmar’s Nationwide Ceasefire Agreement between the Burmese government and ethnic armed organisations, a leader of various ethnic armed groups said in a previous report. The junta said it will respect the ceasefire agreement, according to Reuters.

To prepare for potential conflict, a primary school in Mae Hong Son held evacuation drills and trained students on duck and cover techniques. Reuters reporters obtained a video of a training session at a local school. The video shows rangers telling students to drop to the ground, a technique to keep safe from gunfire.