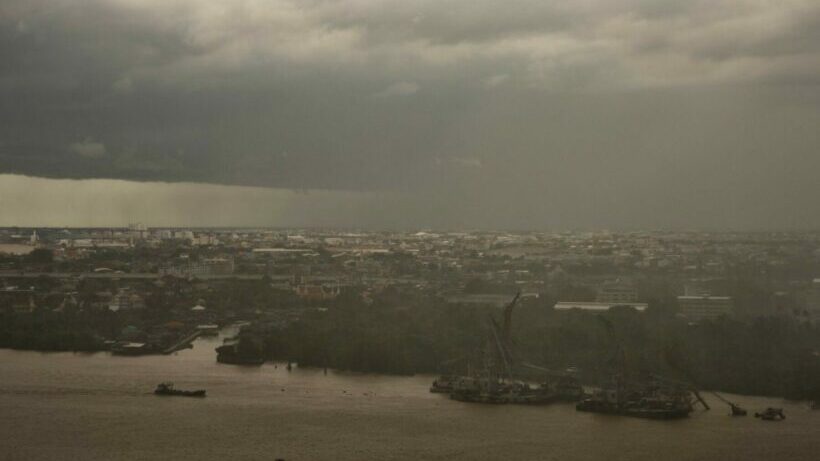 Officials from Bangkok and the nearby provinces of Nonthaburi and Pathum Thani are being told to prepare for possible flooding, following the Royal Irrigation Department’s decision to accelerate the discharge rate of water from the Chao Phraya Dam in Chai Nat in expectation of more rain.

Thanakorn Tantikul, director of the Ayutthaya irrigation projects says the move was made to reduce the risk of floods in the north of Thailand. He adds that provinces downstream of Chai Nat have been urged to prepare for a potential surge of water from the dam, which may result in floods in low lying regions.

Yesterday, PM Prayut Chan-o-cha posted on Facebook to say the heavy downpours due to tropical depression Dianmu have started to recede, but heavy rain is still expected in isolated areas, which brings with it the risk of flash floods and possibly landslides.

“The government is doing its best to assist all people. Plans are also being prepared to prevent floods in the lower parts of the country, including Bangkok and its adjacent provinces”, says the PM.

The PM also says the Department of Disaster Prevention and Mitigation has been told to devise a plan to deal with the nation’s flooding problem. The department was also ordered to send officials and equipment to assist people who have been affected by floods. The governor of Bangkok, Aswin Kwanmuang, posted on Facebook to warn Thai residents that intense showers have been predicted across the nation until Thursday.

DoUKnowWhoIAm
Carwash will be happy.

AdvocatusDiaboli
Well the PM says he can’t stop it, no matter how many brown envelopes he uses, so allegedly it going to happen!!!

mickkotlarski
22 hours ago, Thaiger said: Officials from Bangkok and the nearby provinces of Nonthaburi and Pathum Thani are being told to prepare for possible flooding, following the Royal Irrigation Department’s decision to accelerate the discharge rate of water from the…
gazmo16
As if the locals and the few Tourists haven't put up with enough already !