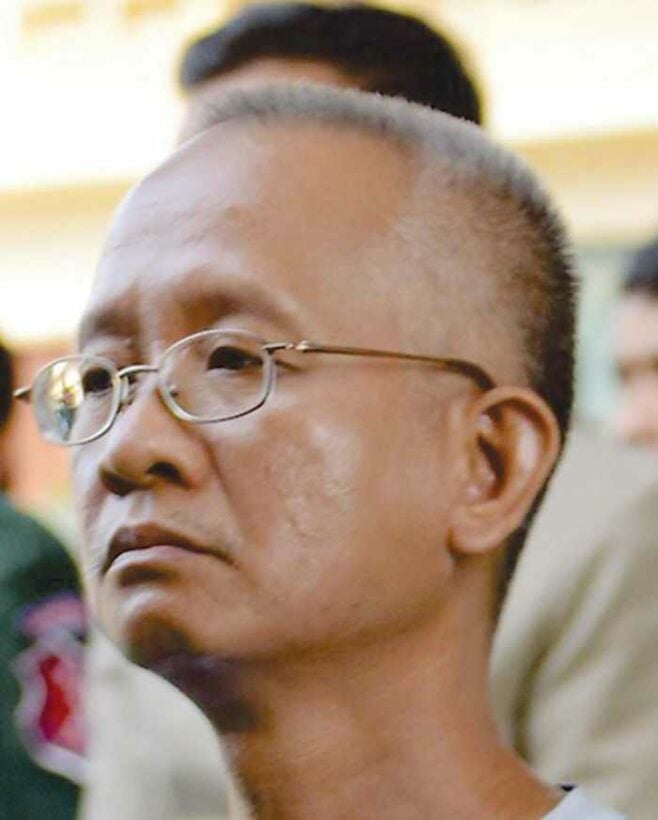 Veera was arrested in December 2010 on charges of espionage and trespassing into Cambodian territory when he and six others in his group entered the border area near Sa Kaew province’s Ban Nongchan district at a time when tensions were simmering between the two countries over the Preah Vihear Temple.

“We made the request on grounds that he had already served three years in jail and for the benefit of good relations between the two countries,” Sihasak told reporters in his first official visit after the coup.

“We made it clear that Cambodia had full authority to make the decision, as we don’t want to interfere in the justice system of our neighbouring country,” he pointed out.

At the meeting, Prime Minister Hun Sen asked Sihasak if Veera should be released immediately or if they should wait till today. When Sihasak asked if King Norodom Sihamoni had indeed granted a royal pardon, Hun Sen pulled the decree out of his pocket and said Veera could leave immediately.

As of press time, Veera was released from Prey Sar prison and will arrive in Bangkok with Sihasak today.

Hun Sen, who has good ties with fugitive ex-PM Thaksin Shinawatra and once made him an adviser, assured Sihasak that he would not allow Cambodian territory to be used by any of the parties to launch attacks against the new leadership in Thailand.

Two Thaksin loyalists – former Pheu Thai Party leader Charupong Ruangsuwan and red-shirt activist Jakrapob Penkair – had been previously suspected of having fled to Cambodia to launch a resistance movement against the military coup, before they set up a Free Thai movement in exile from an unknown location.

Nearly 200,000 Cambo-dians fled home after hearing rumours of a crackdown. The exodus raised concerns for Thailand’s economy and its international reputation for the treatment of migrant workers.

Sihasak said Thailand regarded migrant workers as important contributors to the development of the economy. Thailand had no policy to crack down on migrant labourers but would enforce laws to protect them from traffickers, he said.

The Thai Embassy in Phnom Penh has already granted work visas to more than 10,000 migrants – and the process has been shortened from three to one working day, he said.

Hor Namhong also asked Sihasak to look into the case of 14 Cambodian workers arrested earlier at the border for using fake documents, adding they were victims of traffickers and could not distinguish real documents from false ones.

Sihasak also briefed Hor Namhong on the latest political developments, reiterating the junta has a clear plan to reform and restore democracy to Thailand.

It was to follow progress after the Samut Sakhon centre began operating, while four other centres were also open to register migrant workers at the border provinces of Surin, Sa Kaew, Trat and Chanthaburi. Sirichai urged 22 coastal provinces to register fishing boats and migrant workers within two weeks, to check and prevent forced labour and human trafficking crimes.

Public Health Ministry adviser Dr Supakit Sirilak said they had examined 1,998 migrants in Samut Sakhon on Monday and found two with dangerous diseases, who were deported.

Thailand has listed several dangerous diseases – including “late” syphilis, “contagious stage” tuberculosis and mental illness from drug abuse – that would result in deportation.