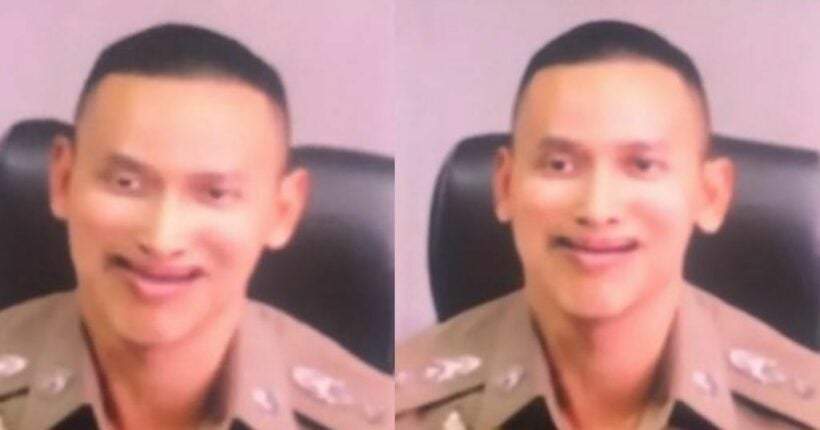 Scam call centres are now using ‘deepfake’ videos to make their scams look more realistic. In a ‘deepfake’ clip circling online, a policeman from Chon Buri appears to be talking, but his strange mouth movements give away that the video is not real. A netizen posted the clip online to warn others not to fall for the scam.

The clip shows a video call between a ‘police officer’ and a desired victim. However, the victim didn’t fall for the trick as they could tell the scammer was using deepfake technology to pose as a police officer because of his mouth movements. When the scammer laughed, it created unnatural looking movements on the police officer’s face. The innocent citizen played along with the scam and recorded the call and later posted the clip on TikTok to warn other members of the public not to fall for the scam.

The real police officer behind the deepfake video said the footage was someone posing as him and the scammer had edited interview footage of him from years ago. He warned people not to fall for the scam and to always look carefully. He said people could contact officers at every police station to confirm details and information if they are not sure whether something is a scam or not. He added that he would prosecute the scammers who illegally used and edited footage of him.

The call centre gangs are always coming up with new tricks to lure in victims. Previously, a scammer rang a woman and told her she needed to transfer him money because her husband had rented a hotel room with another woman and had never paid for it.

Since the state-sponsored song ‘Ya Own’ (Don’t Transfer) was released a few weeks ago to warn the public not to fall for scams, the scammers are clearly trying to up their game using deepfake technology.