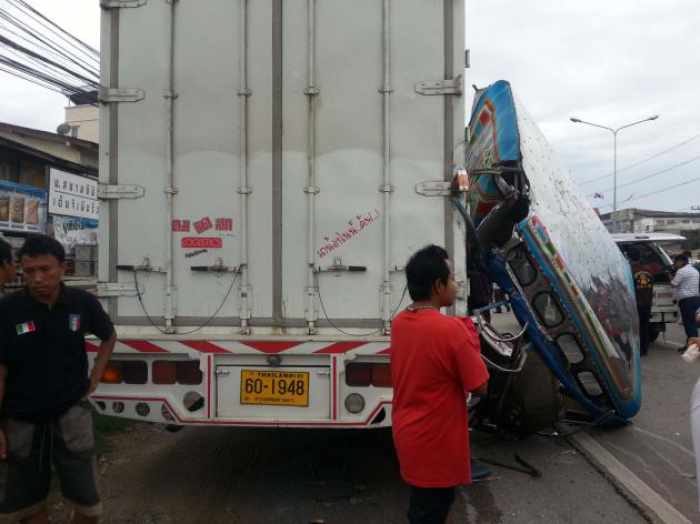 PHUKET: A Prathom 3 student was killed and 14 others injured when a songthaew, a converted truck used to transport passengers, slammed into a parked 10-wheeler in Nakhon Pathom’s Sam Phran district yesterday.

Initial investigation showed that the driver of the vehicle lost control because it was carrying 23 students and overloaded.

Woraphot Nanthasunthorn, aged nine, fell off when the truck’s extended roof violently hit the parked vehicle at about 8am.

This songthaew was hired yesterday to pick up the students instead of the school van. Driver Suthep Nuchit, who surrendered to police at 11am, said the car’s front wheels lifted off the ground because it was overloaded and thus slammed into the parked 10-wheeler.