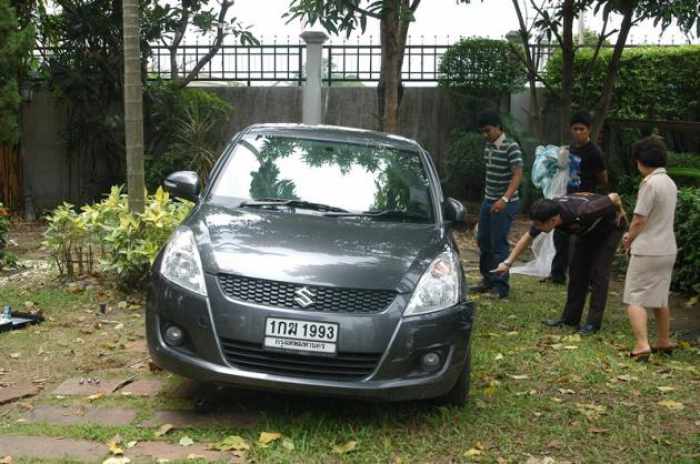 PHUKET: The action of three Bang Chan policemen who opened fire at a university student’s car during a drug bust falls within the frame of attempted murder, Sunthorn Payak, the vice president of the Lawyers Council said yesterday.

Sunthorn was referring to the case in which Chulalongkorn University law student Apisada Sajjapanroj, 21, found her Suzuki Swift car being shot at last Saturday after her car was apparently mistaken for that of a drug suspect.

He said this reckless behaviour could have caused damage to life and property and hence should be taken to the Civil Court.

He said the case could also be filed at the Administrative Court over state officials’ violation of a “damaged” person’s rights.

He said if Apisada thought she was affected and if the remedial measures were not enough, she could seek legal help from the council to proceed with criminal, civil and administrative lawsuits.

Meanwhile, Metropolitan Police Bureau deputy chief Itthipol Piriyapinyo, who led the disciplinary probe against the three police, confirmed that he would ensure justice to all, adding that it would take the team seven days to gather evidence and interview the officers, the victim and witnesses.