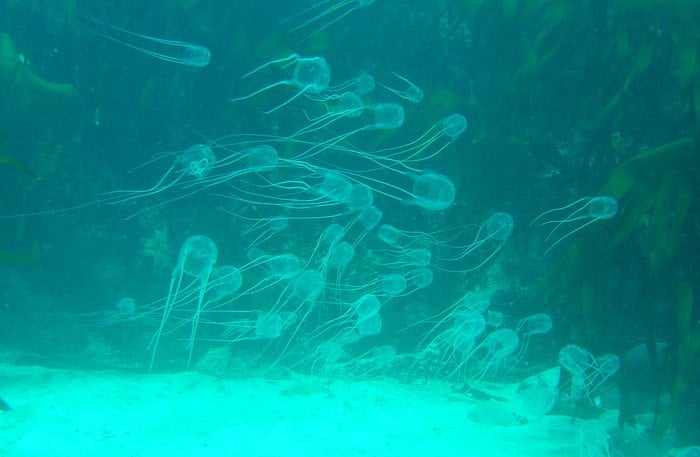 PHUKET: A Thai tourist died after being stung by a box jellyfish while swimming off Koh Phangan in Surat Thani on Friday night.

Police revealed that Chayanan Surin, 31, had travelled to the island from Bangkok with friends and went swimming at around 8pm in Tambon Ban Tai where she was stung. She was pronounce dead at Koh Phangan Hospital that night.

One of the world’s most poisonous creatures, this cube-shaped jellyfish’s sting can cause extreme pain, muscle numbness, stomach and back muscle spasms, nausea, vomiting, chest tightness and death.

Dr Thanuwat Tippinit, who works at the Koh Phangan Hospital, warned that this type of jellyfish was more prevalent in Thailand during the southwest monsoon season.

Dr Thanuwat explained that the proper way to treat a sting from a jellyfish was to pour vinegar onto the wound.