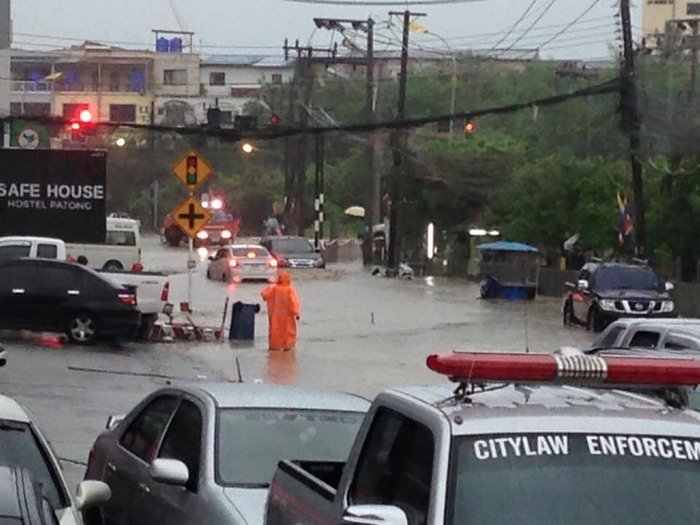 PHUKET: Flash floods are causing long tailbacks and leaving many motorists pushing their scooters through deep water in Chalong and Patong, as well as at the Samkong underpass construction site, today.

“The rate of rain fall made it impossible for some areas to drain quickly enough, leaving deep water flowing across the roads.”

Local government office personnel and emergency workers are coordinating with the DDPM to minimize the effects of the flooding.

Affected areas, some of which have water depths of more than one meter, include the Chalong Circle; a section of Chao Fa West Road in front of the TOT office; Patong Police Station; the road in front of Patong Hospital; Sianamyen intersection; and the base of Patong Hill.

“I would encourage people to avoid the Samkong intersection if possible. We have people there to help coordinate traffic, and are hoping the skies will clear soon so we can drain the water. However, we will just have to see what the weather does,” Chalermpol Wongkiattikun, the underpass project manager from the Department of Highways told the Gazette.