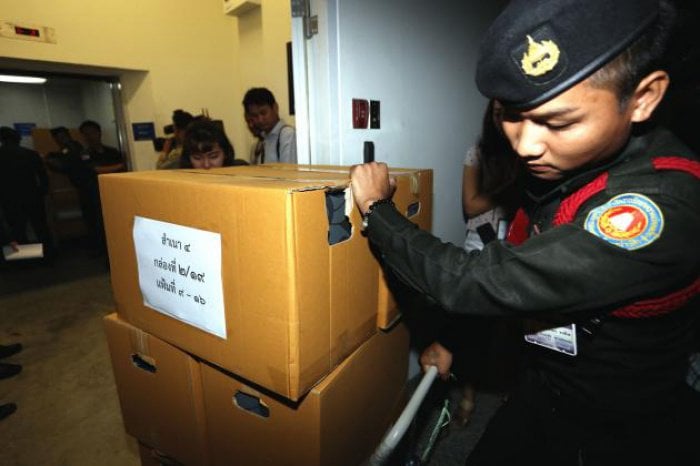 Boonsong, 20 others indicted over rice deals
The Nation / Phuket Gazette

PHUKET: Former commerce minister Boonsong Teriyapirom and 20 others were indicted by the Office of the Attorney-General (OAG) yesterday in the Supreme Court’s Criminal Division for Political Office Holders for alleged wrongdoing over “fake government-to-government” rice deals.

The OAG took the recommendation of the National Anti-Corruption Commission to indict the 21 people for offences in connection with the case pending in the Supreme Court against former PM Yingluck Shinawatra, related to the rice-pledging scheme.

The OAG accused the 21 people of conspiring to commit offences, committing and supporting malfeasance and corruption in accordance with the Offences Relating to the Submission of Bids to State Agencies Act 1999, the Criminal Code, and the Organic Law on Anti-Corruption Act.

Some of these offences carry a maximum penalty of life imprisonment and a fine of up to Bt35.2 billion.

The OAG submitted a writ presented by the anti-graft agency to the court, plus 205 boxes of documents.

Private sector parties named among the 21 accused include executives and directors of Siam Indica, a major rice-trading company.

Boonsong, Poom and Manas, also face impeachment in the National Legislative Assembly. Proceedings against them are due to start on April 2 for alleged corruption, malfeasance and negligence that caused massive damage to the state in connection with the scrapped rice-pledging scheme.

The NACC has resolved that there were grounds to believe the trio committed several criminal offences, in accordance with anti-graft law, and sought impeachment proceedings against them. Although the three no longer hold their former roles, they will be barred from politics for five years if they are impeached.

The case is a different suit to the one filed by the OAG against Boonsong and 20 others for allegedly faking government-to-government rice deals so they could manipulate the government’s stockpiles.

Immigration police round up foreign fugitives