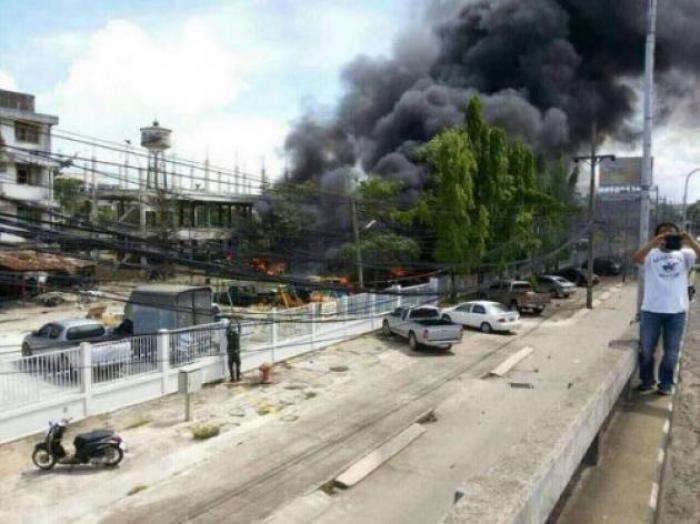 The first bombs separately went off at about 1.30pm, in front of a 7-Eleven convenient store on Ponpichai Road and near the police-accommodation flats opposite Hat Yai police station.

The blast at the police flats damaged many vehicles as it the bomb had been placed near the police station’s parking area.

Fire fighters rushed to the scene to control the flames caused by the explosions.

A further bomb was found near the flats in Prince of Songkhla Hospital, but the bomb squad as able to defuse it in time.