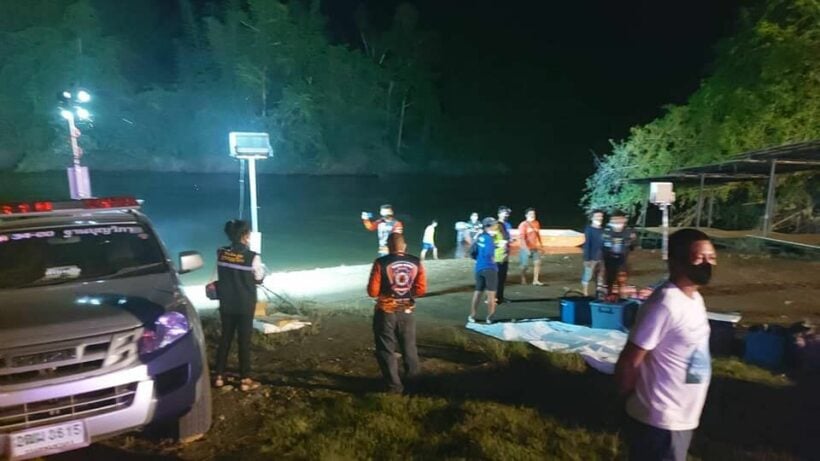 Yee, a family friend who saved the life of the youngest sibling, seven year old Fa, was rushed to hospital in a critical condition on Wednesday. The hospital rang Yee’s family to inform them she had died from exhaustion. The hospital later rang again to say that Yee was not dead and that she had regained consciousness while they were removing her ventilator. Yee is now in a stable condition.

27 year old Yee, a family friend, jumped into the Kwai Noi river around 5pm on Wednesday when the four siblings got swept out by a strong current. Yee pulled seven year old Fa out of the water, saving her life. Yee jumped back into the water to try and save Fa’s three older siblings but couldn’t reach them.

Yee’s husband managed to pull his wife out of the water but she was in a critical condition and was rushed to hospital. The hospital rang Yee’s family to inform them she had died and her family and friends began planning Yee’s funeral arrangements. However, the hospital later rang again to say that Yee was not dead and had regained consciousness while the hospital staff were removing her ventilator.

On Wednesday evening, more than 50 divers from the Pittakan Foundation searched for the teenagers until 2am and resumed their search early Thursday morning. Police continued their search all day yesterday but didn’t find anything so they expanded their search area radius by a kilometre. Today, police found the bodies of Naen, Champa and Champi floating on the river.

The teenagers’ 36 year old mother Noi said that Yee is a close friend of hers and would have rushed to help her children without considering her own safety.

DoUKnowWhoIAm
Very sad, I feel for the family. RIP.

Singapore and Thailand to discuss cruise trips to Phuket