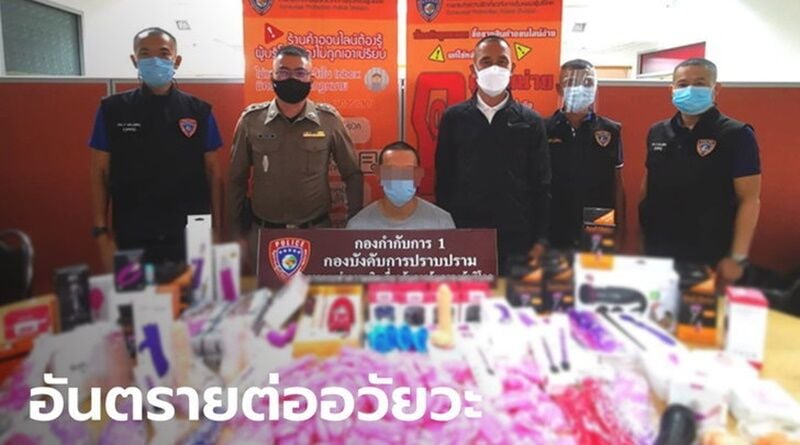 A seller in Bangkok has been arrested for allegedly possessing illegal sex toys for sale.

Thaweesak a 28 year old Bangkok seller was arrested today after police received a tip that he had sex toys in his possession.

After obtaining a search warrant from Phra Khanong Criminal Court, detectives staged a raid on the suspect’s house and seized 169 items. The suspect allegedly confessed to possessing said instruments and that he sold them online to nearby male customers.

Police warn the sex toy buying public that sex toys are still illegal in Thailand… because the lack of medical license means their safety cannot be guaranteed. They did not specify what the dangers of using the toys were. But they did say:

“Everyone using them may harm their own vital organ”.

Trade or is involved in or is involved in the trade of such obscene material or thing distribute or show off to the public or renting such objects or things under Section 287 (2) of the Criminal Code and advertising that is unfair to consumers or Use potentially harmful messages to the society as a whole according to the Consumer Protection Act 1979, section 22(3)