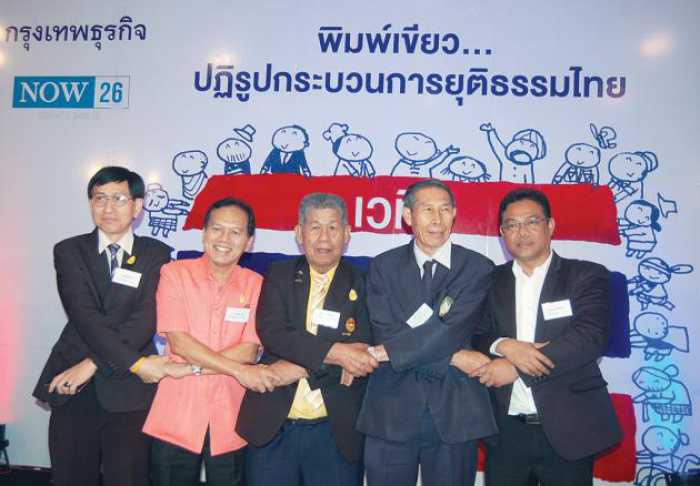 PHUKET: The government and private rubber-business operators will jointly launch a 420-million-baht fund, with the aim of tackling the tumbling price of rubber.

The fund will purchase rubber in the futures market. The fund is expected to be set up in the next two weeks, Pongsak, who is managing director of Von Bundit Co, a rubber exporter, said in an exclusive interview with Nation Multimedia Group chairman Suthichai Yoon yesterday on the sidelines of a seminar on the future of Thai rubber hosted by NOW digital TV channel of NMG.

Boonsong Nubthong, president of Federation of Thai Rubber Farmers, said he wanted the government to promote greater use of rubber in locally.

The chief executive officer of International Rubber Consortium Limited (IRCo), Yium Tavarolit, said a meeting was held of Indonesia, Malaysia and Thailand to set up measures to maintain rubber price stability. One of the measures suggested was for the three countries to not expand their respective rubber plantation area for the time being in order to reduce supply. They will also slow down rubber exports. IRCo was founded by the three countries as part of their collaboration to collectively ensure fair and remunerative income for small rubber planters of the three countries.

Chayan Sangkapaitoon of Songkhla Farmers Council said it is difficult for rubber planters to make a living at the present price, given the production cost is 65 baht per kilogram.

Meanwhile, the National Legislative Assembly yesterday voted 174 to 1 to pass the Rubber Authority of Thailand bill in its first reading.

The bill seeks to establish an authority to manage rubber policies and carry out research on sustainable development for rubber products.

This week, rubber farmers said they were giving the government a few more weeks to push the price of rubber up to at least 80 baht per kg or face massive rallies. The ultimatum was issued when farmers began protesting and the government said the price could not rise higher than 60 baht per kg.