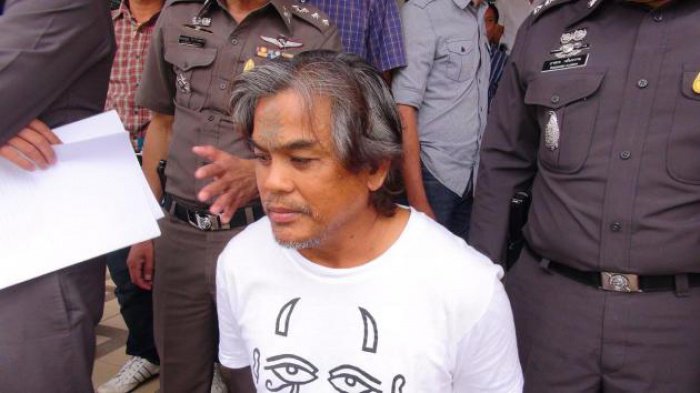 PHUKET: A man suspected of killing his ex-girlfriend six years ago in Saraburi has been arrested again, this time on suspicion of killing Doungkhae Khunthongphetch, director of Wiriya Thian Witthaya School, at her home in Haad Yai, Songkhla, on January 15.

Police say the motive was jealousy.

Suwat was also wanted for the murder of his ex-girlfriend Krissana Noisena, 45, in Saraburi province in 2009.

Police claim Suwat confessed that he and Doungkhae had been in a romantic relationship for the past two years, but that she talked to other men on social media. The two used to be high-school sweethearts before they separated in 1982.

Suwat said Doungkhae was married but broke up with her husband after 10 years and returned to him. Suwat claimed he lost control and killed Doungkhae.