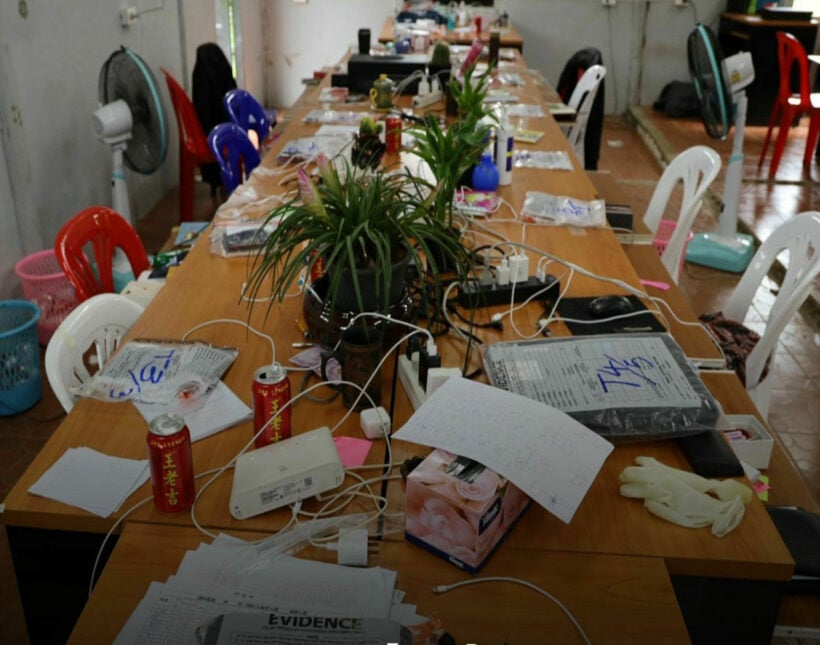 This morning, the Thai army raided a house in the northern province of Mae Hong Son. As part of the raid, they arrested 40 Chinese nationals, 12 Burmese, and 1 Filipino that were allegedly running an online gambling operation.

The house was in a resort located in the Mok Cham Pae of the Muang district that borders Myanmar.

Thai media says locals had called in the operation after they became concerned the house could become a new Covid cluster. Police say they spent over a month investigating the alleged criminal operation. The police claim the alleged criminals had booked the whole resort and even employed some locals to work as bodyguards.

They did not mention if the group employed any lookouts.

300 phones, computers and “other assets” have been seized as evidence.

Further, police say that cartons of cigarettes and decks of cards have been recovered that were smuggled into the country.

Besides fraud, Thai media reports that all but 1 of the group has been charged with entering Thailand illegally. The remaining person was charged with overstaying their visa.

The arrested have been brought to the Mok Cham Pae police station for further legal action.