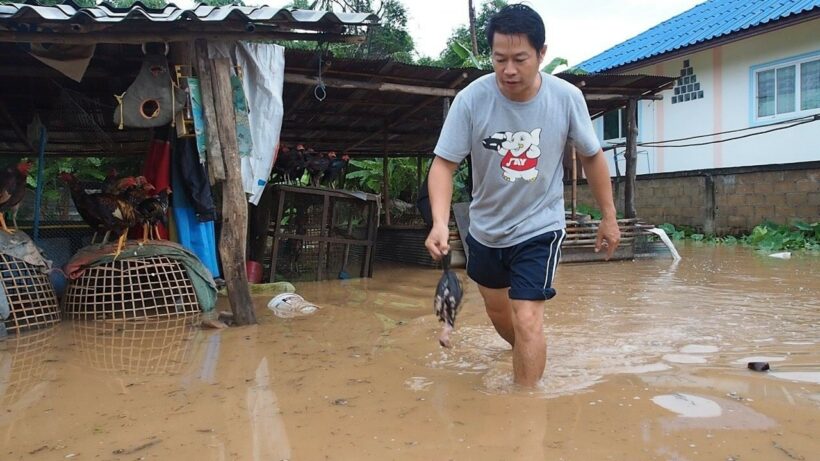 A total of 30 villages in six tambons of Phayao’s Pong district have been whacked by floods yesterday (Saturday). Two other villages in the province’s Chiang Kham district were earlier reported struck by flood damage. Phayao is wedged between Chiang Mai and the Laos border.

He said district officials have visited the villagers to survey damages with an eye to future compensation.

Meanwhile PM Prayut Chan-o-cha is expressing concern over possible flooding around the country, this update from the Government Spokesman Lt-General Sansern Kaewkamnerd.

Sansern quoted Prayut as expressing concern that many parts of the country could be hit by floods under the influence of Bebinca tropical storm, which is expected to unleash heavy rains on much of Thailand.
The PM advises people to closely monitor weather forecasts and warnings from the Meteorological Department.

The spokesman said Prayut is especially concerned about tourists visiting waterfalls and wants them to be aware of possible runs-off.

The PM has instructed park officials to monitor and warn tourists of the dangers posed by mountain runoffs at waterfalls and of high waves at the seaside.

Increased fines, better training – changes to motorbike use in Thailand