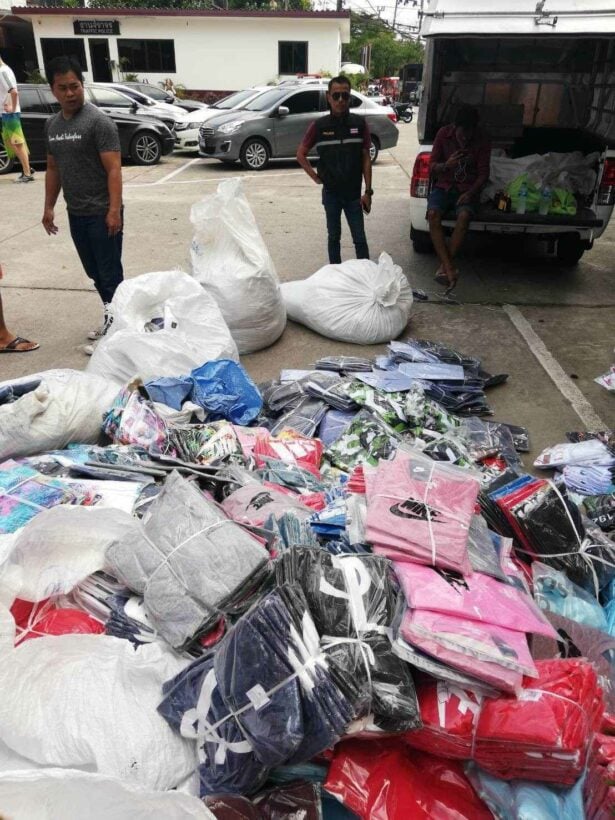 Yesterday (August 17) police and soldiers raided a warehouse in Patong and seized more than 200 counterfeit goods.

A team of officers from the Economic Crime Suppression Division (ECD) joined the raid at the warehouse of Lanta Souvenir in Patong’s OTOP Market on Rat-Uthit 200 pi Road. 28 year old Wut Boonkanpai was present and was acting as the shop’s care taker.

Wut was taken to the Patong Police Station where he has been charged with selling counterfeit goods.