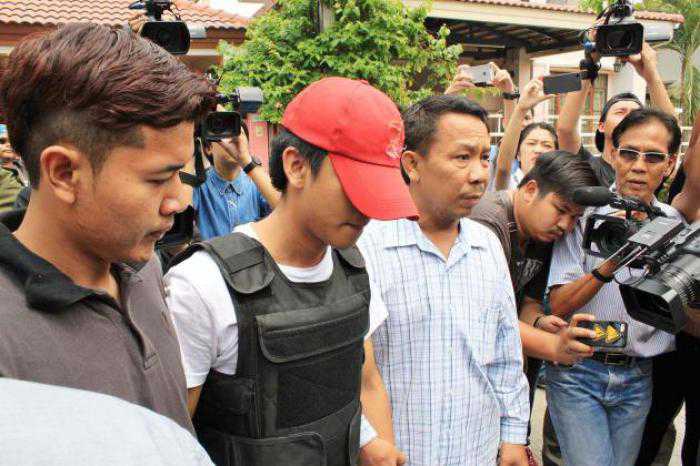 On October 22, the court found the former university student guilty of the premeditated murder of his parents and brother, and initially handed down a life sentence, Montri said.

However, since the crime was committed while the suspect was still a minor and his confession was useful to the case, the court reduced the sentence to 25 years.

The young man is currently in Thanyaburi Prison, Montri added.

During the police investigation, the man told police of his poor academic performance compared with his younger brother, and admitted he was angry his parents had failed to buy him a car and seemed to love his brother more than him (story here).

Over the weekend of March 8-9, he put a soporific drug into the food eaten by the parents and younger brother. Then, after they had gone to bed, he shot them.

While the shocking murders have prompted public condemnation, his relatives hold no grudges against him.

“We are forgiving,” a 58-year-old woman said at the funeral for the three victims.

The relative said there was no point in directing anger at the boy as she believed what he needed was moral support.