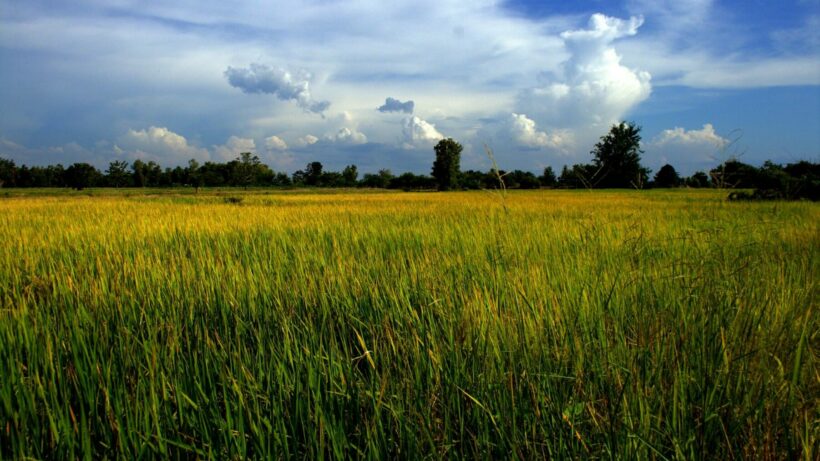 PHOTO: Bruno with a Canon/Flickr

Earlier this morning, a man was shot and killed by police in the northern Thai province of Buri Ram. Plus, 3 more people were arrested, 8,000 methamphetamine pills and 200 grammes of crystal methamphetamine were seized. 24 year old Thaweechai Songsee died from gunshot wounds. His last moments were in a rice field, says Wan Sae Tang from the Prakhon Chai police.

The fatal interaction happened around 8:30 am this morning. Reportedly, a handgun was found close to Thaweechai’s body and 2 cartridges were in his pocket. It was not clear where precisely the clash happened, besides being near a rice paddy in the Prakhon Chai district.

The 3 other suspects were 2 unnamed men. 1 man is 20 years old, the other is 25 years old. The other suspect police arrested was an unnamed 17 year old. 2 others reportedly managed to escape. All 3 suspects were brought to the Prakhon Chai police station for further legal proceedings.

Niwat Ardthawang, the deputy chief of Prakhon Chai police, says a team had travelled to “the scene” following “information” that a drug delivery was going to take place at “the location”.

Police say they watched people emerging from bushes at the scene and that 1 person was holding a bag. The police then confronted the suspects who dropped the bag and took off. Thaweechai made his way to a rice paddy and police chased after him. They claim the suspect fired his gun at them, so they blasted off one shot back. Thaweechai took the bullet and died.

According to the police, Thaweechai had a record for drug offences and weapons possessions and his involvement in an attempted murder. It was not immediately clear if Thaweechai was 1 of the 2 people that managed to “escape” or if he was a third escapee.

KaptainRob
To fully comprehend the above article I found it necessary to read the original.

Shane
Drugs in Thailand seem to be a bit dirty in my opinion. I would never get involved in the drug scene in Thailand as the bar's and clubs on beer are more than enough. Sad to see the kwok taking…