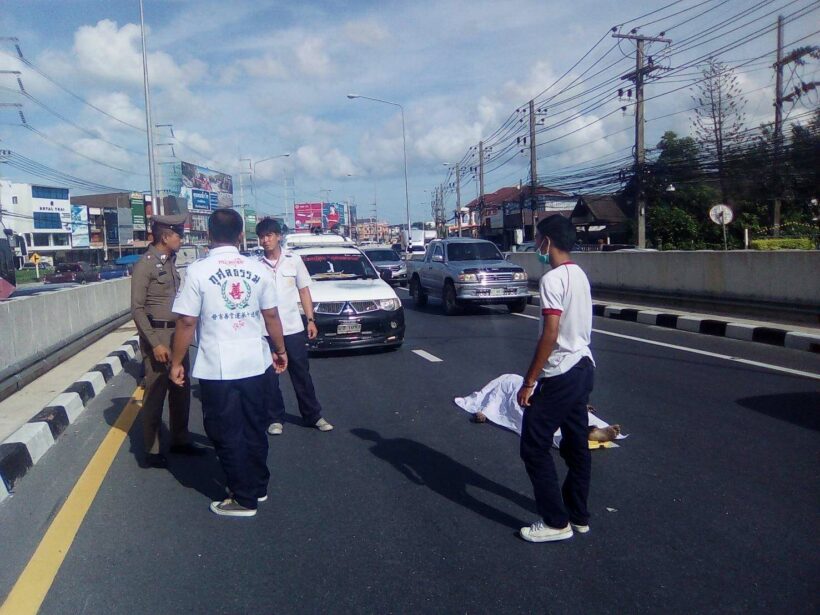 A 43 year old Thai man died in a motorbike accident when he was driving out of the Bang Khu Underpass in Koh Kaew yesterday (June 21).

Police were notified of the accident at Bang Khu Underpass on Thepkrasattri Road at 3.40pm.

They arrived at the scene with rescue workers to find a man who was later identified as 43 year old Chupachai Jankaew from Nakhon Sri Thammarat lying in the right hand lane. Nearby they found a Honda motorbike and red helmet. A mobile phone was also found with him.

Police used Mr Chupachai’s mobile phone to dial the latest call. His friend answered the call and told police that Mr Chupachai was a mechanic. He was heading back to Srisoonthorn in Thalang from Phuket Town to purchase some spare parts.

His relatives have now been notified. His body was taken to Vachira Hospital. Police are now investigating the accident to find the cause of his death. CCTV footage is also being examined but shows the man appearing to lose control and smash into the right-hand barrier.