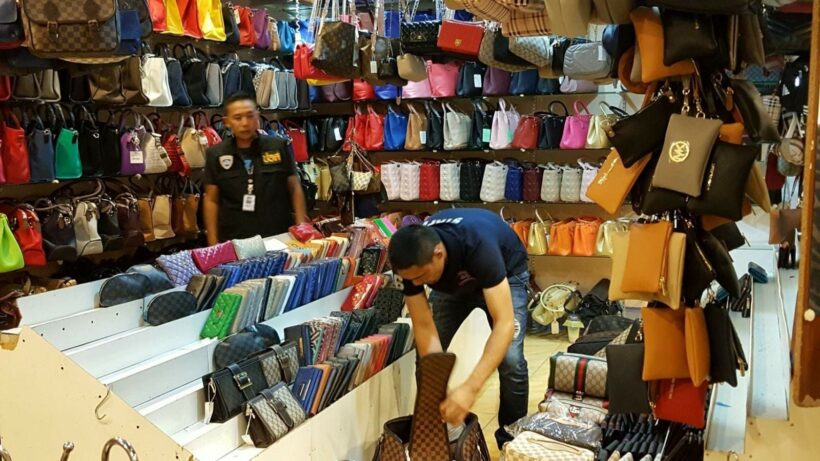 A team of officers from the Economic Crime Suppression Division (ECD), together with a search warrant, raided the warehouse. Police found counterfeit goods including fake brand name bags and clothes.

Officers arrested a man named ‘Bobby Giri’ who was present as the warehouse during the raid and said he was the owner of the counterfeit goods. He was taken Patong Police Station to face legal action.

Lt Col Adichart Amornpradit says, “There are many places around Patong where counterfeit goods are being sold. It is difficult to track them all down. Stopping the supply at the source can help. We requested this search warrant from the Phuket Provincial Court for this particular warehouse following some investigations.”

“This suspect has been selling counterfeit goods in Khao Lak, Phang Nga before moving to Patong. He has been charged with selling contraband goods.” 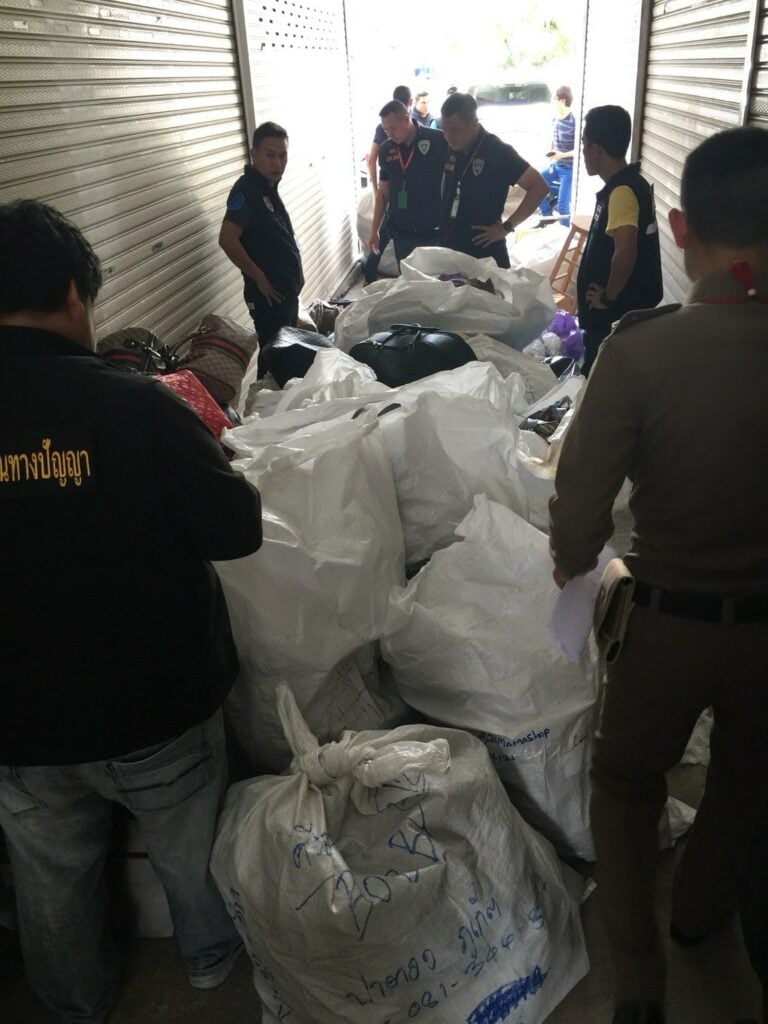 One Chinese drowns, two others rescued at Koh Racha