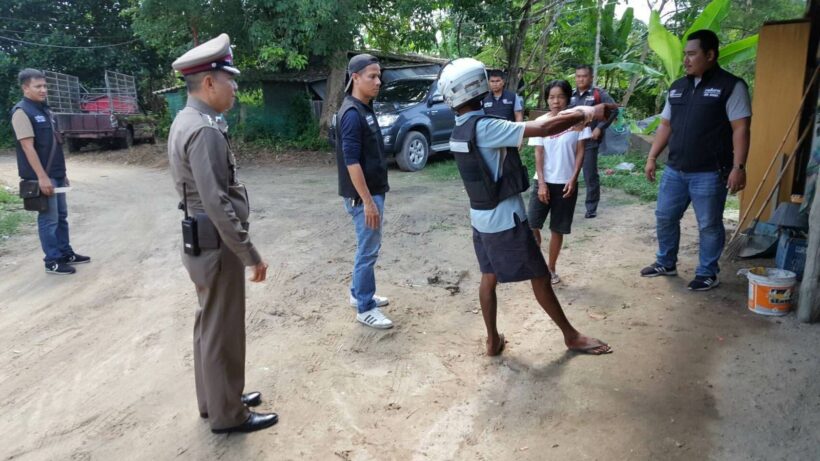 A re-enactment of an alleged rape was held at a worker’s house in Soi Baan Klang, Chalong last Friday (May 25) led by Chalong Police Chief Col Pakayot Tanongsak.

Col Pakayot says that last Wednesday night (May 23) a 51 year old woman name ‘Chuan’ reported to Chalong police that while she was in her house, Jakkapan came to the house with stinky bean (Sator) for her. Mrs Chuan told police that Jakkapan was drunk.

Mrs Chuan went inside the house to put the ‘Sator’ in the refrigerator. Jakkapan followed her into the house and attempted to rape her. Mrs Chuan fought him off but Jakkapan used a kitchen knife and cut her on the left breast. Finally, Mrs Chuan alleges that Jakkapan raped her.”

“After Mrs Chuan reported to us, she was taken for examination at Vachira Phuket Hospital,” says police.

“On Tuesday (May 24), just after midnight, police arrested Jakkapan at his house where he was sleeping. He was taken to Chalong Police Station. Jakkapan has admitted to committing the crime but says he was drunk at the time.”

Jakkapan has been charged with entering the property at night, attacking and sexually assaulting the woman against her will, and threatening and assaulting her with a weapon. 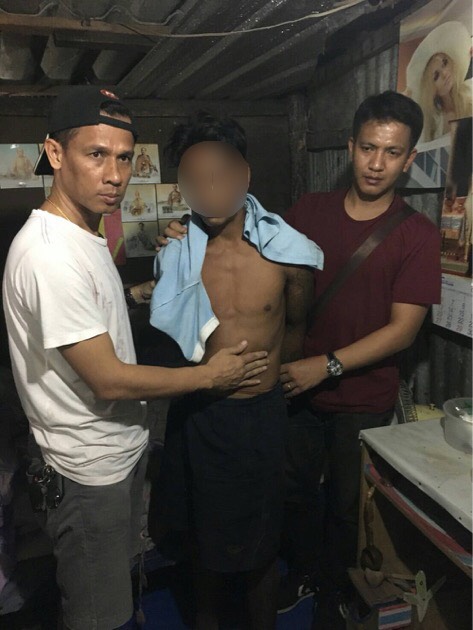