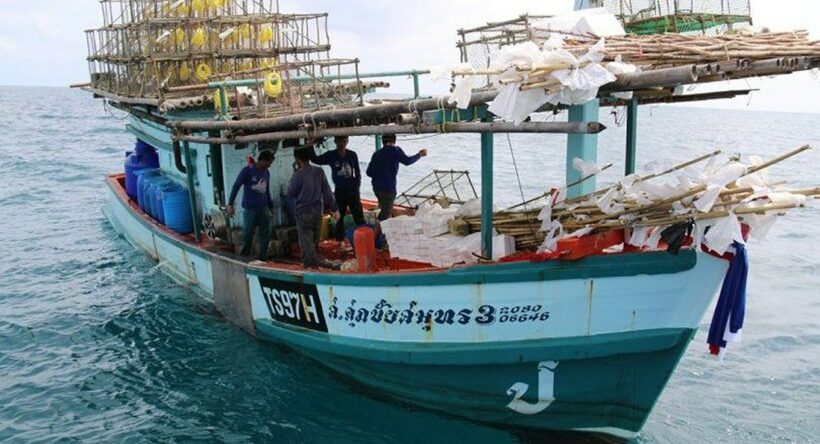 Southern fisherman are threatening to strike to put pressure on the Government to ease restrictions on what’s called illegal, unregulated and unreported (IUU) fishing practices.

New technologies and other improvements have been introduced in the Thai fishing fleet in efforts to get the nation removed from the European Union’s “watch list” for illegal fishing.

Fishermen claim the restrictions are impractical and affect their business.

Thai PBS is reporting that between 300-400 fishing boats were heading back to fishing piers in the Pattani province to join several other fishing vessels which were already anchored in piers waiting for a response from the government over their petition for a reprieve from fishing restrictions. Sources in the fishing industry are warning that as many as 2,000 boats could be involved in the strike that could lead to acute fresh fish shortages in markets around the South.

The fisheries sector is accusing the EU of using the IUU ratings as just a screen for a trade barrier. Industry operators have argued that adopting the new technology and other improvements was a cost that business owners couldn’t bear.

In Songkhla the local fishing association has also submitted a petition to the Thai government.

Thai PBS reports that Mr Suradet Nil-uon, president of the Songkhla fishery association, said that their petition was accepted for consideration but warns that 700 fishing boats which are now out in the open sea fishing would return from the sea in 12 hours if there was no positive response from the government.