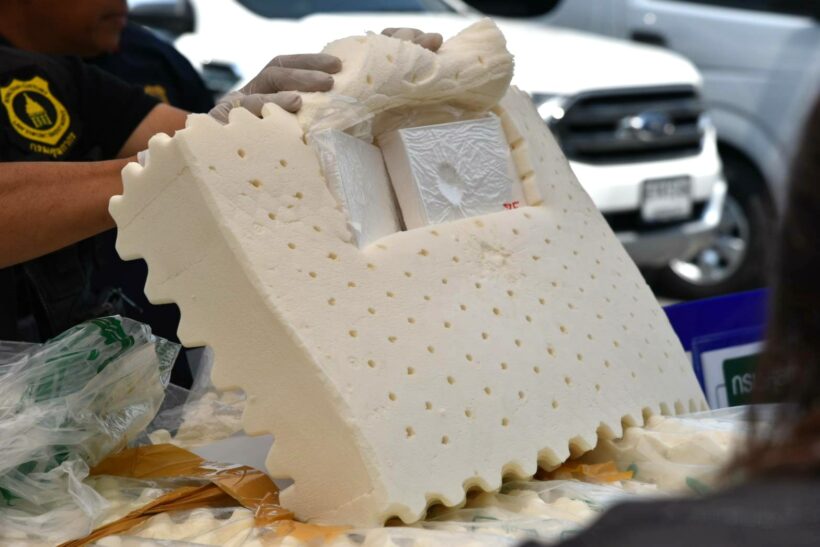 You can’t accuse Thai Customs officials of sleeping on the job. Yesterday (Sunday) they seized 28 kilograms of heroin with a street value of around 100 million. The heroin was hidden in rubber pillows bound for Hong Kong.

Customs officials staffing X-Ray machine at the Klong Toey port say they noticed something suspicious amongst the shipment of rubber pillows and opened the shipments for a closer inspection. They say they discovered two bars in each of the shipment’s 40 pillows.

Staff from the importing company have been rounded up by Customs officials for questioning. They were then handed over to Thai Narcotics Police for further questioning.

The Great Expedition – finding the Ancient Road To Kamala