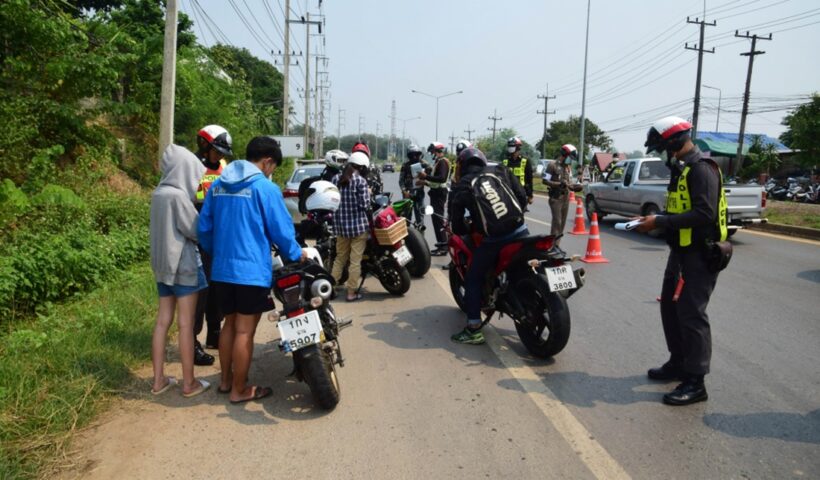 Extended celebrations for the 2018 Songkran Festival are being blamed for an increase in road accidents involving drunk driving, but the Interior Ministry is assuring that the country’s roads will be safer this year due to more traffic checkpoints and strict law enforcement.

The Road Safety Centre yesterday reported the outcome of the second day of operations for the Thai New Year, to prevent traffic accidents during the “seven dangerous days” of the holidays from April 11 to April 17.

It was found that road safety during the first two days of the holiday period were worse than the year before, as the number of accidents, injuries and deaths were all higher compared to the same period last year.

From Wednesday to Thursday, there were a total 1,026 road accidents, which injured 1,085 persons and killed 99 persons, while during the same period last year there were only 994 accidents, 1,035 injured people, and 95 deaths.

The director of the Academic Centre for Road Safety, Thanapong Jinvong, pointed out that the increased rate of accidents was because people tend to celebrate for a longer period, adding to the official three days, resulting in more accidents from drunk driving.

“Observation of people’s travel behaviour during recent years reveals that they tend to leave Bangkok earlier and have longer periods to celebrate Songkran at their homes,” Thanapong said.

“Therefore we can see that the peak day for road accidents, which is usually the first day of Songkran celebrations on April 13, has shifted to a day earlier – April 12 – as many people reached their homes and start the celebrations earlier.” 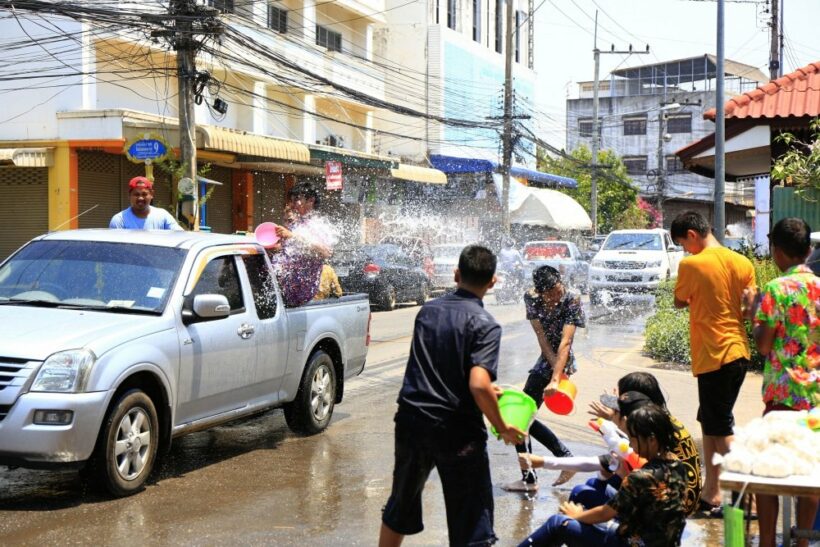 His conclusions matched the road accident statistics of the RSC, which also revealed that the major cause of accidents were drunk driving (43.66 per cent), speeding (28.07 per cent), and ignoring signal red lights (0.6 per cent).

RSC revealed that Chiang Rai had the highest number of accidents and injured people, while Nakhon Ratchasima had the highest death toll. RSC reported that 77.44 per cent of road accidents involved motorcycles.

The Interior Ministry spokesperson Nisit Jansomwong stated that the authorities were wary of this worrying trend and the ministry had already ordered an investigation to find the reasons for the higher accident rate.

However, Nisit said that as they only had statistics for the first two days of the seven-day operation there was still a chance that the total number of accidents would be reduced.

“The officers in the field have been ordered to scrupulously collect evidence from every accident site and investigate the cause of each accident in order to use this information to improve accident prevention measures,” he said.

According to the operation report by the RSC, law enforcement was more intense this year; a total of 764,035 vehicles were stopped at checkpoints, which was a 9.2-per-cent increase from the same period last year.

The prosecution rate also increased by 44.24 per cent compared to last year, with a total of 154,733 people arrested for reckless driving. There were a total of 2,032 traffic checkpoints across the country and more than 65,492 officers were working to ensure road safety.