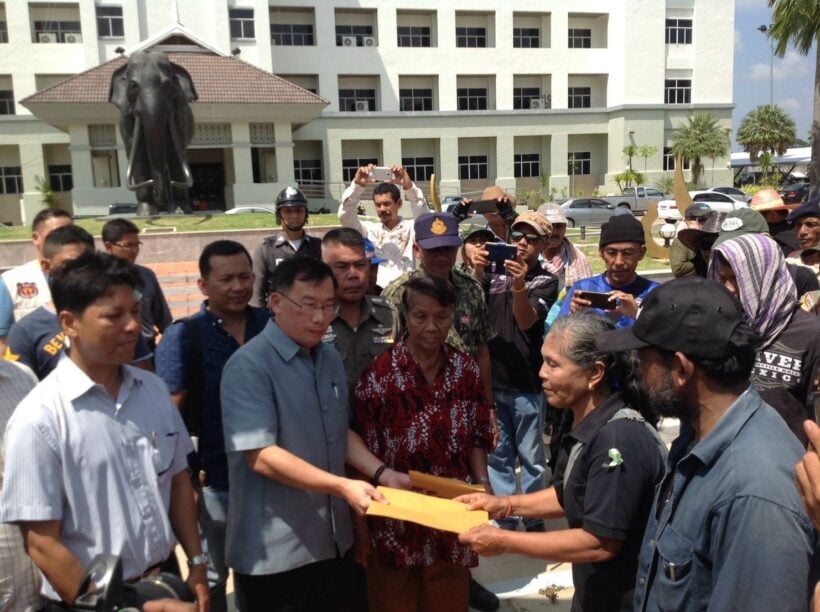 A group of more than 100 Krabi farmers gathered at the Krabi Provincial Hall to protest against alleged corrupt land officers and privately-owned palm garden that they claim encroaches 7,712 rai of forest land.

The protest yesterday (February 8) was led by Yokin Khamwong who handed a letter to Krabi’s Governor calling for an investigation on the concession land of a palm oil plantation which belongs to Thai Palm Oil and Palm Plantation Industry Company Limited located in Plaipraya District saying that the company has encroached the forest land nearby.

The company has owned the whole land for 20 years and has never been charged for its use. We would like the concession to be canceled,” said Yokin.

“Governments do not help us solve these problem. Many groups of local people have been calling for the government to arrange 14 plots of oil palm plantation land that had their concessions expired 11 years ago, covering 72,000 rai for poor people, but it never happened. The business owners are still taking advantage from the land and, we believe, share some profits with some government officials to avoid law enforcement.”

“Meanwhile, many protest representatives have been killed or prosecuted for trespassing and robbery. We would like the Governor to urgently investigate and arrange the land for the region’s poor people,” he added. 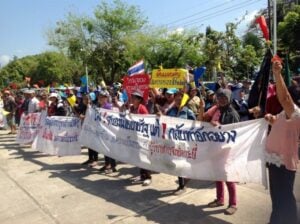 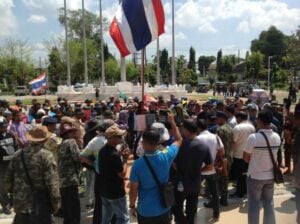 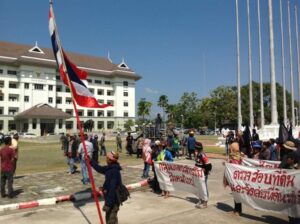